Was This Man Really the Greatest Senator in Modern Times?

“If greatness is measured by achievement, Orrin Hatch was the greatest U.S. senator of modern times.” — William Doyle, author, “Titan of the Senate”

Senator Orrin Hatch was a personal friend of mine for 35 years. When he died last week at age 88, it was the end of a chapter in my life. The members of the Hatch family became my close friends when my family lived in Northern Virginia in the 1970s. My uncle, W. Cleon Skousen, and his Freemen Institute helped to elect him to the Senate in 1976. 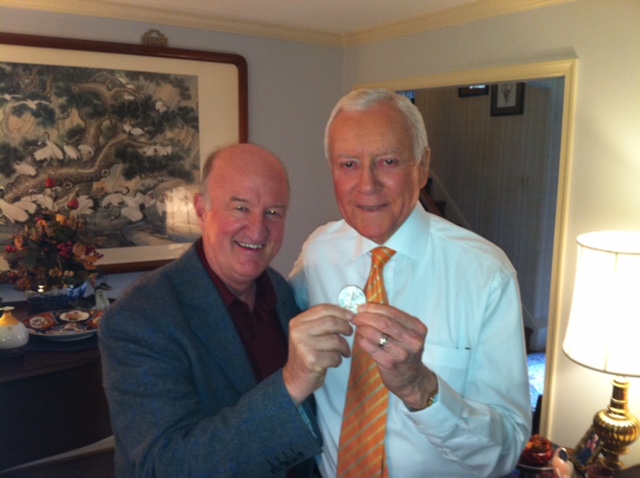 We spent a lot of time at their home, including Thanksgiving. His son worked for us in our book business. I wrote a couple of speeches for him.

We stayed in touch for years after we moved, and we visited both his office in Washington, D.C., and his home with Elaine and family. He would call us during the Christmas holidays. He spoke at my uncle’s funeral in 2006, and visited his widow, Aunt Jewel, in Salt Lake City after Cleon died.

A blockbuster book is coming out this September called “Titan in the Senate.” The book’s author William Doyle makes the incredible claim that Senator Hatch was the most successful senator in modern times. 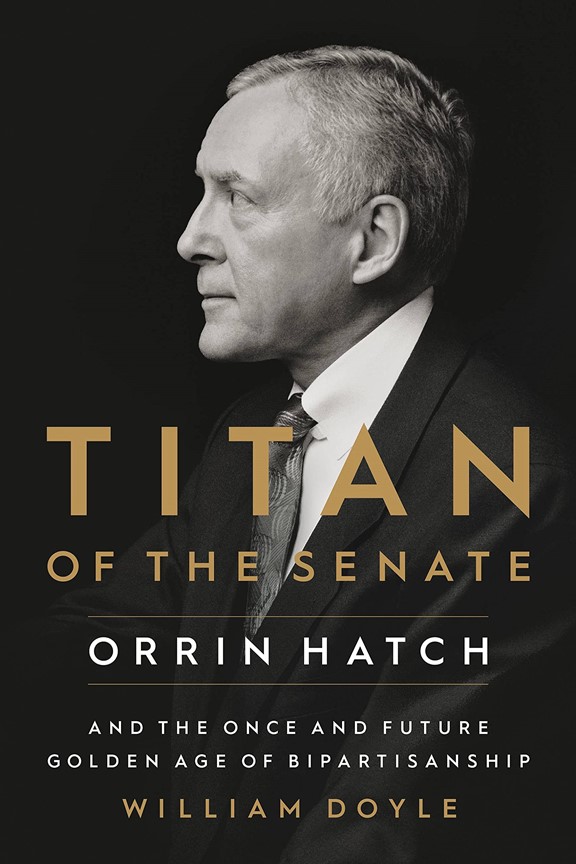 Doyle’s thesis is based on a recent study by the Center for Effective Lawmaking, a nonpartisan group hosted by Vanderbilt University and the University of Virginia. It puts Sen. Hatch as the #1 “most effective” senator since 1973, the year their data begins. Ted Kennedy was #2.

The book states, “If greatness is measured by achievement, Orrin Hatch was the greatest U.S. senator of modern times.”

Doyle then states, “This is the dramatic story of a conservative champion who shaped modern America — by leading a Golden Age of Bipartisanship and passing more legislation than any other Senator in the post-Vietnam era. Senator Orrin Hatch co-wrote the most sweeping civil rights bill since the 1960s, launched a health insurance program for 25,000,000 uninsured children, co-created the generic drug industry, and championed the greatest HIV/AIDS legislation in American history, while sponsoring or co-sponsoring over 750 pieces of legislation. Based on interviews with Hatch and many of his Senate colleagues, plus more than 10,000 pages of research from the U.S. Senate Historian’s files, this is also the story of a leader who envisions a New Golden Age of Bipartisanship for the future of American politics.”

Doyle highlights five episodes in Senator Hatch’s long 42-year sojourn, including his work to block new big labor laws in 1978 and his instrumental efforts to push through the Americans with Disabilities Act in 1990.

You can preorder the book here.

My Own Debates with Senator Hatch

Sen. Hatch was close to Uncle Cleon during his decades in office, even though they fought often on political issues. After promising to defund the Department of Education, he ended up voting for it. In many ways, he was a disappointment to conservatives, especially in his efforts to co-sponsor bills with Ted Kennedy.

In my own case, I had several run-ins with the senator.

In 1979, the Senate was considering a $1.5 billion bailout of Chrysler, and Senator Hatch told me he was seriously considering voting for the bailout. He sympathized with the auto workers, having grown up in Pittsburgh, a steel town and was a former member of a union. I told him, “If you do vote for the bailout, fine. But don’t ever call yourself Mr. Free Enterprise again if you do.”

I think that affected him, because he finally decided not to vote for it.

It was one of the few times that he followed my advice.

In 1982, I debated Senator Hatch over the telephone when I found out he supported the TEFRA (misnamed the Tax Equity and Fiscal Responsibility Act) tax hike.

TEFRA was pushed through by Bob Dole, known as “Senator Tax,” after Reagan signed the 1981 tax cut. It includes a provision to force taxpayers to withdraw funds from their IRA or 401(k) when they turn 72. It is also known as “Required Minimum Distribution” or the hated RMD that we still suffer from today.

I told Senator Hatch that TEFRA was a betrayal of Reaganomics and supply-side economics, but he wouldn’t listen. He voted for the bill, and President Reagan held his nose and signed the legislation into law. Orrin and I never talked politics after that.

Don’t get me wrong. Overall, Senator Hatch did a lot of good, including his fierce defense of Supreme Court Justice Clarence Thomas, and he fought to keep the Food and Drug Administration (FDA) from regulating vitamins. The American Conservative Union (ACU) gave him an overall 87% approval rating in his seven terms in office.

He will be dearly missed, and we will dedicate a room to him at FreedomFest.

Speaking of FreedomFest, I have good news. We confirmed that former Democrat Andrew Yang and libertarian Larry Sharpe will appear on stage in a rip-roaring debate on Yang’s pet project, universal basic income, and other hot issues.

Yang is a popular business leader who ran for president in 2020 and then for mayor of New York. He has since left the Democratic Party to form the Forward Party. He recently spoke at the Milken conference.

Yang wants to give every adult American $1,000 a month ($12,000 a year) with no strings attached. This means Elon Musk, Bill Gates and Warren Buffett will receive free money from the government. It sounds expensive to me, but it is even gaining support among libertarians such as Charles Murray. Let the debate begin!

FreedomFest will be held from July 13-16, at the Mirage Hotel & Casino. The details can be found at www.freedomfest.com.

Top Money Manager to Join us in Vegas

Plus, I’m pleased to announce that David Bahnsen, the legendary money manager of the Bahnsen Group in New York, will be speaking at our Global Financial Summit at FreedomFest. He’s not only a great libertarian thinker (and author of the new book “There’s No Free Lunch”), but he also has a great track record. He’s even made money this year.

Thank you, David! If you’d like a copy yourself, go to www.skousenbooks.com. The price is only $20 for the first copy, and $10 for all additional copies. I autograph and number each copy, and I mail them at no additional charge to addresses inside the United States.

Other speakers at this year’s big show include Alex Green, Steve Forbes, Jim Rogers, Adrian Day, Van Simmons and Jim Woods, among others.

I’ve just arranged for you to get $50 off the current registration. So, you pay only $449 per person and $399 each for up to three additional guests. Use the code EAGLE to get the discount. Register at www.freedomfest.com, or email Hayley at info@freedomfest.com. She will respond right away.

We are approaching 1,200 attendees, not counting speakers and exhibitors. If you’ve never been before, you will love FreedomFest. As Steve Forbes has said, “FreedomFest is so good I changed my schedule to attend all three days.”

Something Venezuela Can Celebrate

“I protest for truth, for the end of communism, and I am not with dictators. To the people of the resistance, you are not alone.” — Miguel Cabrera 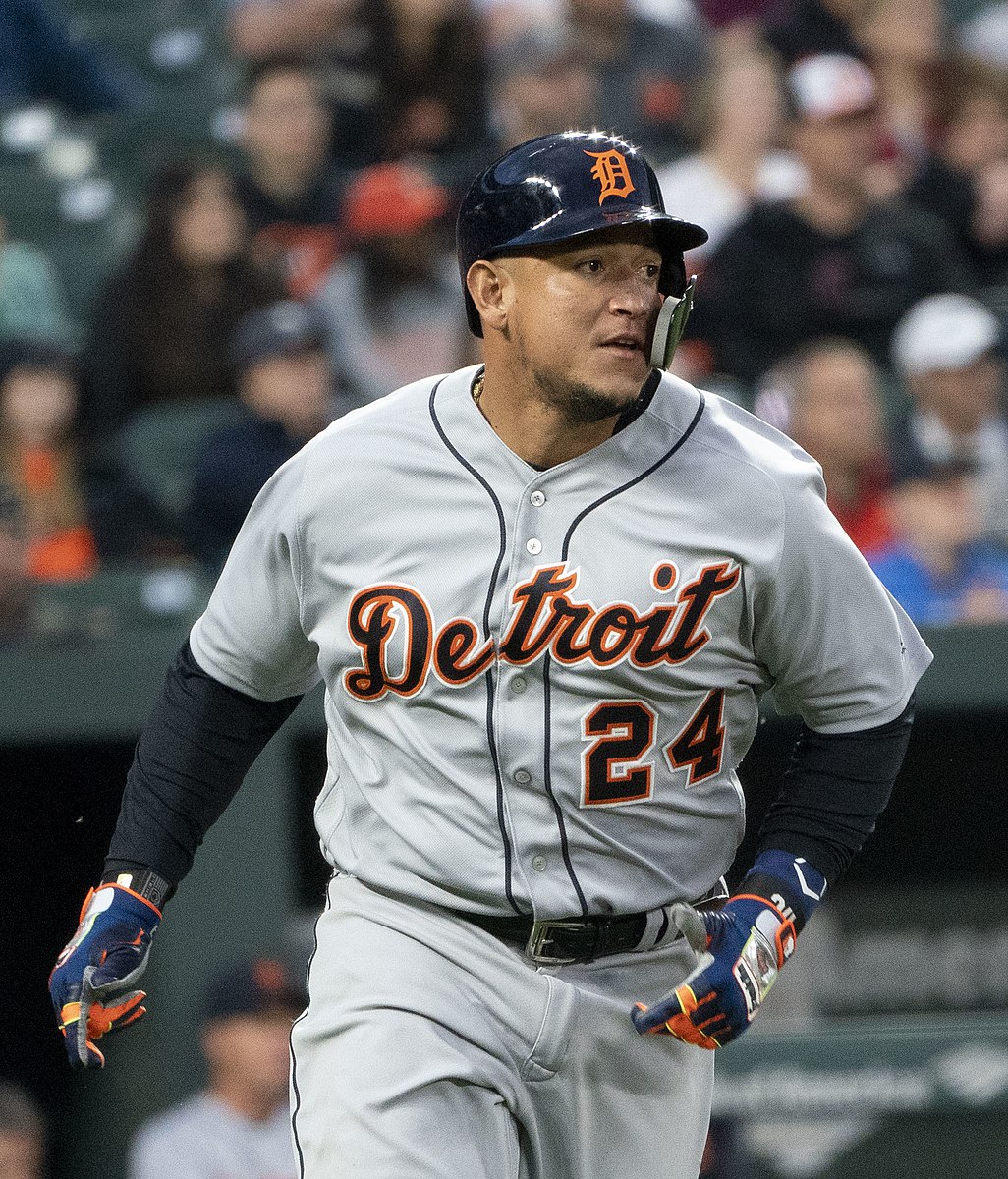 Here’s something that Venezuela can be proud of. It’s fun to watch. Click here to watch this video in order to understand why this particular Venezuelan has been special since the very beginning.

The Detroit Tigers megastar Miguel Cabrera is considered a god in Venezuela, as well as a true hero. He celebrated his 3,000th Major League Baseball hit last week. He has a career batting average of .310; has a World Series ring with the Florida Marlins and was the first player to win the Triple Crown in 45 years by leading the American League in batting average, home runs and runs batted in.

Living under the rule of Venezuelan Marxist dictator Hugo Chavez for years, Miguel Cabrera was silent and said nothing. He did not want to get involved in politics. He just wanted to play baseball.

Meanwhile, Venezuela suffered an economic collapse over the course of 10 years. Thanks to the hard-core socialists and their corrupt ways, the richest country in South America is now the poorest. More than five million Venezuelans have fled the country in response to poverty, hyperinflation, starvation and the confiscation of one’s private property.

But once he realized that his once-great country was collapsing, Cabrera finally spoke out, saying, “I protest for truth, for the end of communism, and I am not with dictators. To the people of the resistance, you are not alone.”

His statement reminds me of the late Jack Pugsley’s line, “Being a millionaire on a sinking ship is a bitter victory.” (“Maxims of Wall Street,” p. 149).

America is like the Titanic. When it was built, it was considered the largest and most advanced ship in the world. It was invincible. But then tragedy struck. Being a millionaire on the Titanic was no victory.

I just hope Americans don’t wait until the ship is sinking before taking action. By then, it may be too late.

This one chart says it all about the threat to our future: 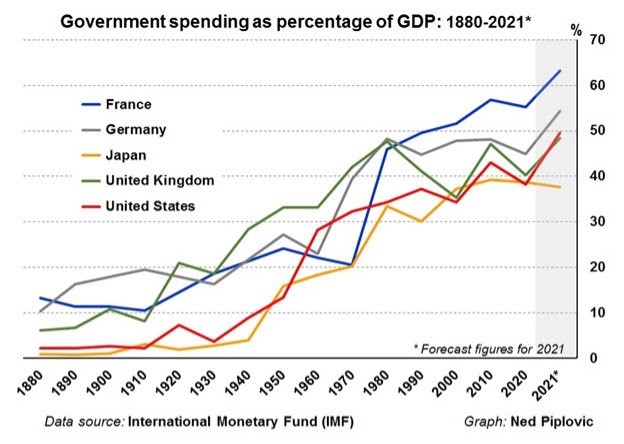 Now is the time to “Turn the Tide.” That is, in fact, our theme for this year at FreedomFest. Hope you can join us July 13-16 in Las Vegas: www.freedomfest.com.