Last week, I spent some time one-on-one with Glenn Beck at a private meeting at Donald Trump’s Florida retreat, Mar de Lago. My friend Dan Mangru invited a group of friends to meet Beck and talk about his new non-profit organization, Mercury One.

Glenn still is doing well with his nationwide radio program and his new for-pay television show. He wears glasses all the time now, due to his suffering from macular dystrophy, but his wife told me that his condition has stabilized for now.

What’s Glenn’s outlook for the economy? He remains quite pessimistic, much more than I am at the moment (as subscribers know we are fully invested and beating the market).

His greatest fear is big government. “I’d be fearful of any government that can give out tickets to kids who start a lemonade stand,” he said. He believes that the current debt crisis is leading us to a new kind of French revolution, resulting in a monstrous government where everything either is prohibited, mandated or regulated. “We are close to losing our freedom of speech in America,” he told us.

In our private meeting, he expressed strong support for FreedomFest, which is scheduled for July 11-14, in Las Vegas. His torrid schedule has kept him from attending in the past. He hopes to make it this year, and will let me know soon. We will have a major announcement if he comes. We can confirm some pretty big names among our list of speakers: Steve Forbes, John Mackey (CEO, Whole Foods Market), Judge Andrew P. Napolitano, Steve Moore, Yaron Brook, Charles Murray and Floyd Brown, among many others. Plus, our top-notch, three-day investment seminar there will feature Rick Rule, Alex Green, Doug Casey, Jeff Berwick, Frank Trotter, Lenore Hawkins, Frank Holmes, Van Simmons, Martin Truax, Dan Mangru, David McAlvany and Bob Prechter, among others.

FreedomFest, the world’s largest gathering of free minds, is expected to draw more than 2,500 people due to 2012 being an election year. Steve Forbes and John Mackey are co-ambassadors and attend all three days. Come join us!

Be sure to read my feature “You Blew It!” I’ll plan to have a new one for you every week. The purpose is to point out a bad decision, a foolish action or an ill-fated statement by a public official, business leader or investment guru. I have used the phrase within my family for years and they once printed t-shirts for a reunion with those exact words on each one. They learned to take my constructive criticism with a sense of humor and I hope you do, too. My intent is not to ridicule anyone but to point out a mistake that could be corrected, much as advice from a trainer or a coach can turn a faltering athlete into a world champion.

THE RED LIGHT TICKET SCAM
“More and more everything is prohibited, mandated, or regulated.”
Last week, I was informed that I ran two red lights in Yonkers, New York, and was fined $50 for each alleged infraction. No policeman stopped me; I was the victim of the automatic “red light” ticket scam that cities across the country are setting up.

I talked to several of my friends who drive in Yonkers and discovered and everybody is getting these automatic tickets and paying them without complaint.

It’s highly popular in towns desperate for money and they get away with it by not imposing any points on individual drivers, since in many cases, they only take a picture of the license plate and not the driver, and it’s not reported to your insurance company.

Fortunately, enough citizens are starting to complain, and major cities such as Atlanta, Los Angeles, and Houston have shut down their photo ticketing programs because of public outcry and abuses.

Other communities are using speed cameras to ticket motorists in the same way. Questions have arisen about the accuracy of the technology that is used to generate the tickets that are arriving in the mailboxes of motorists.

Read more about it here.

Yours for peace, prosperity, and liberty, AEIOU,

P.S. In a follow up to the “You Blew It!” column about the abusive practices of the Transportation Security Administration, I was forced to go through the full-body scanner last week at Palm Beach and the machine went off because of a sweaty armpit. I kid you not. Here’s a fellow libertarian who tells the true story of the fraud of these million-dollar machines, and how he sneaked through a bunch of metal items without detection.

Read More about it here. 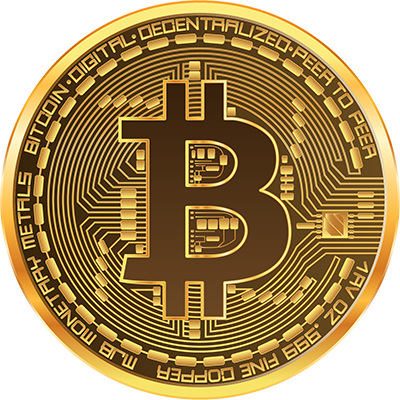