Is There a Better Way To Beat the Market Than Market Timing? Yes!

During our financial conference at FreedomFest next month (July 21-24), we are having several debates, such as Bitcoin vs. gold, and short-term trading vs. buy-and-hold.

Technical trader Mike Turner will make the case for market timing in an effort to avoid losing money during a bear market. He warns cynically, “Buy-and-hold works if you live long enough, never need money and don’t mind losing 50% or more from time to time.” (p. 139)

True enough, bear markets can be treacherous on Wall Street, and they do occur every 10 years or so. 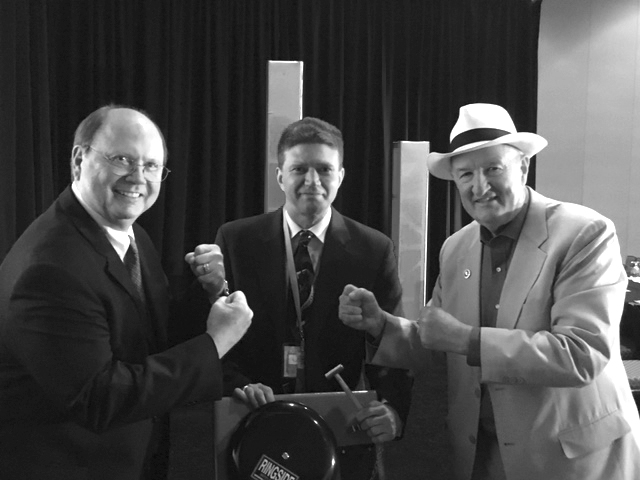 Mike Turner and your editor Mark Skousen show their fists before their debate, with moderator Roger Michalski in the middle.

As the late Jack Bogle, founder of the Vanguard Group of Funds, states,

A Better Alternative to Market Timing

None of them used market timing to succeed on Wall Street. They developed a systematic approach of finding well-managed companies in burgeoning industries that enjoyed above-average profits in the past and in the future and held on for the long-term.

As J. Paul Getty states, “The seasoned investor buys his stocks when they are priced low, holds them for the long-pull rise and takes in-between dips and slumps in his stride.” (p. 138)

Or as Adrian Day declares, “Good investing is simple: buy a good asset at a good price and hold on it for a good long time.” (p. 198)

I look forward to this debate and hope you will join me.

My favorite thing to do at FreedomFest is to engage in our big debates, and this year is no exception.  You won’t want to miss out on the following debates and panels on July 21-24 at the Rushmore Civic Center in Rapid City, South Dakota:

We already have over 2,100 attendees signed up for this year’s big show. We expect a record turnout and could sell out.

Will Excessive Private Debt Be the Cause of the Next Financial Crisis?

Recently, I received a review copy of a new, beautifully illustrated “Business History of the United States,” by Richard Vague, a highly successful entrepreneur, banker and philanthropist from Philadelphia.

He has written several books including one in 2014, entitled “The Next Economic Disaster: Why It’s Coming and How to Avoid It.”

His thesis is that private debt, not public debt, is the source of financial crises and the business cycle in America. He wrote, “Current debates about economic crises typically focus on the role that public debt and debt-fueled public spending play in economic growth. This illuminating and provocative work shows that it is the rapid expansion of private rather than public debt that constrains growth and sparks economic calamities like the financial crisis of 2008.”

Private debt may have indeed been a source of instability in the past, but this time it might be different. 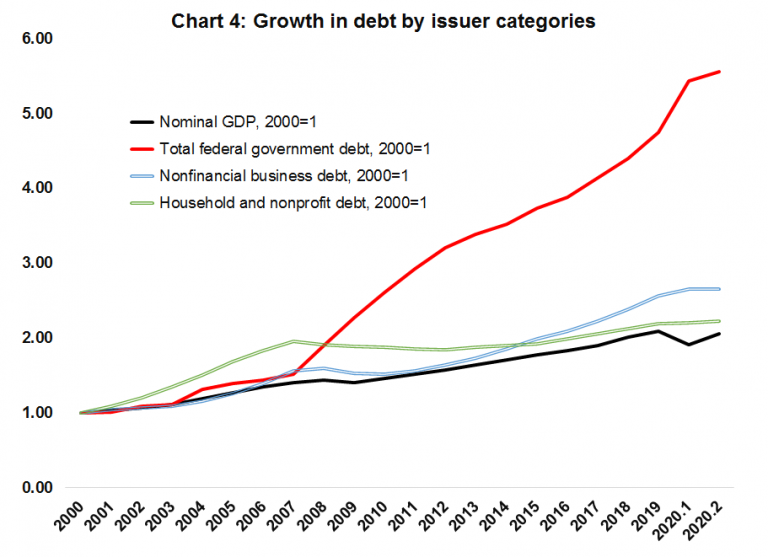 It clearly shows how private individual and corporate debt is not a problem in the United States, but public debt is. It demonstrates how irresponsible the government has become. Someday, we are going to pay the price for this reckless Keynesian policy.