My wife and I are on a much-needed family vacation in South Dakota and Wyoming following our most successful FreedomFest ever. 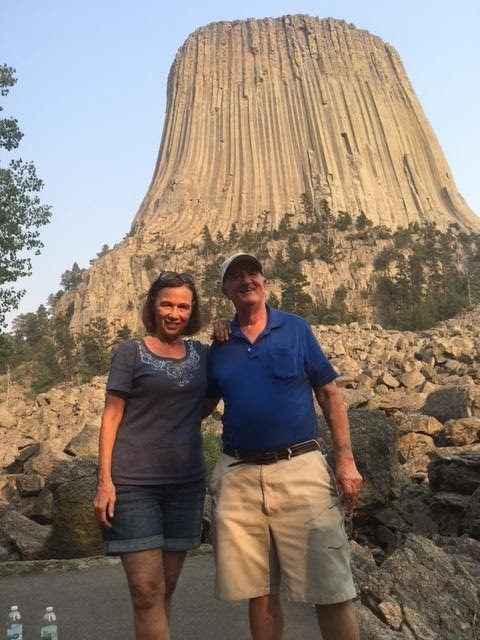 We pulled out all the stops, and FreedomFest was a triumph.

FreedomFest and the Global Financial Summit left Las Vegas for the first time in 14 years after the Democrats took over and ran the entertainment capital of the world into the ground. They are still doing it — the imperial governor of Nevada just mandated that everyone has to wear masks again, even those who have been vaccinated. The governor needs to be recalled.

Fortunately, we moved ahead with our plans to hold FreedomFest in South Dakota for the first time, and it was a big hit. Nearly 2,800 people signed up, a record turnout. We also had 180 exhibits — you could feel the electricity in the “trade show for liberty.” We had major media coverage, including C-SPAN BookTV, KitcoTV and The Epoch Times. The local newspaper, the Rapid City Journal, gave us front-page coverage every day.

Jo Ann’s Anthem Film Festival was at the historic Elks Theatre, and she had large crowds, sometimes standing room only (SRO), such as for the Tom Sowell documentary. The film festival was listed on the marquee.

Many of our speakers focused on exercise, diet and preventing disease, rather than the standard approach of dealing only with the symptoms (masks, social distancing, quarantines and vaccines).

Our mock trial tried to answer the question, “Did the pandemic justify the lockdown?” TV personality Dr. Drew (Pinsky) was our judge. The 12 jurors voted 9-3 that it wasn’t worth it. It is better to let individuals, businesses and institutions make their own decisions.

The speakers at the conference also celebrated the fact that private enterprise and business entrepreneurs were the heroes in the past year, rather than government bureaucrats and politicians.

It was a challenge to get Governor Kristi Noem to speak, since she is now considered a major contender for the presidential nomination in 2024, but she made an appearance at our opening ceremonies. She reported that her state maximized freedom of choice and allowed businesses, institutions and individuals to make their own decisions, and take their own “personal responsibility.” She was criticized for her laissez-faire decision, and while the number of COVID-19 cases was high on per capita basis, people didn’t lose their jobs and the economy recovered more quickly. 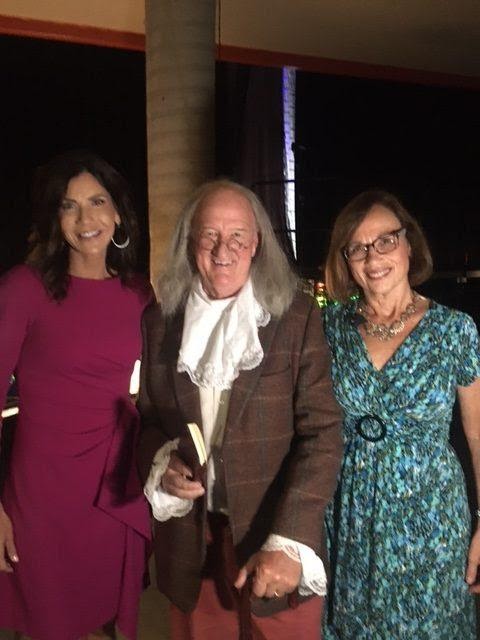 Gov. Noem received a standing ovation from a packed audience.

Senator Mike Lee, of Utah, came and spoke — he was great. He told me that Biden will pass a watered-down version of his tax increase. If it happens, the bull market on Wall Street will be due for a setback. 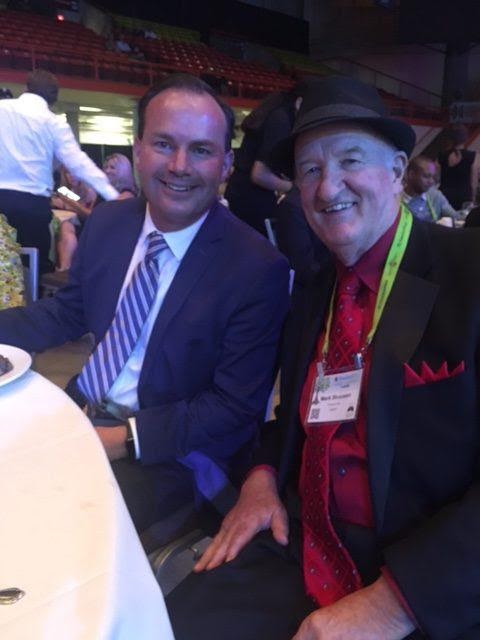 Larry Elder showed up and received multiple standing ovations during his speech in which he declared he was running to become governor of California. He’s leading in the polls! 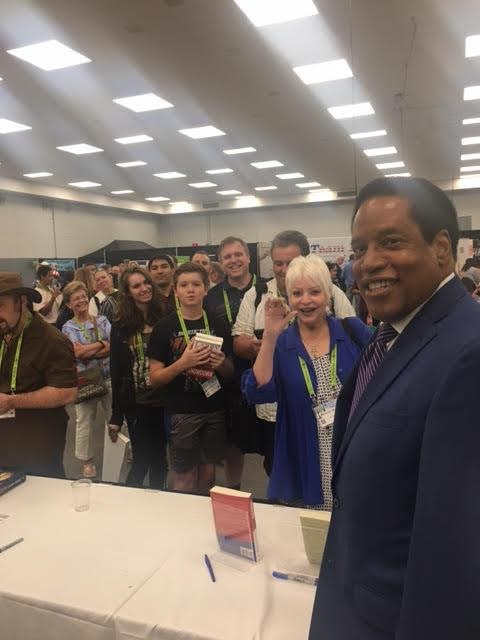 I surveyed the audience several times. Most had never been to Mt. Rushmore… This was the first time most of the attendees had been to FreedomFest… When I asked how many had relatives who had died of COVID-19, only five people raised their hands out of over a thousand. When I asked if the November election had been stolen, 75% raised their hands.

We will soon be offering audio recordings of all the sessions at www.freedomfest.com/audio. The price is only $195! I enjoy listening during the rest of the summer to all the sessions I missed at the show.

We are planning to return to Las Vegas next year, July 13-16, 2022, at the Mirage Hotel & Casino. Our theme is “Turning the Tide.” Let’s hope we can turn the tide away from another shutdown in Vegas. Steve Forbes and Senator Rand Paul are planning to speak.

For those who attended FreedomFest in South Dakota, we offered a special “early bird” price of only $299 per person. I’ve arranged to extend this low price to you if you register at www.freedomfest.com by Saturday, July 31.

New Orleans Investment Conference, October 19-22, New Orleans Hilton Hotel: Join me on my birthday (Oct. 19) as I discuss the significance of the October 19, 1987, crash… Other speakers include James Grant, Rick Rule, James Richards and Brien Lundin. For information, go to www.neworleansconference.com.

One of the most popular speakers at this year’s FreedomFest was Adam Andrzejewski (say: Angie-eff-ski), a Forbes columnist and CEO & founder of OpenTheBooks.com, which exposes waste and fraud in government.

He’s a modern-day William Proxmire, the Democratic senator from Wisconsin who used to issue the annual Golden Fleece Awards to Congress for wasteful spending.

I asked him to give today’s top ten Golden Fleece Awards and he used the more up-to-date phrase “Dumb and Dumber.”

Here are the top ten ways the federal government wastes our money.

#1 Only in New York City do the public-school janitors out-earn the principals. Janitors make up to $256,000 and the average principal makes $154,000.

#2 NYC Mayor Bill De Blasio declared ‘war on rats’ and dedicated $32 million, funded by taxpayers, for his rat extermination campaign. In the following year, citizen complaints to the city hotline spiked 32 percent to an all-time high. At OpenTheBooks.com, we partnered with the New York Times, their headline? “The Rats Are Taking Over New York City.”

So, that’s dumb, but this is dumber: San Francisco’s self-described members of the Poop Patrol make up to $182,000 per year. In a nine-year period, we mapped 140,000 cases of human waste on city streets, and that’s a human health catastrophe.

#3 The average federal employee receives 44-days of paid time off. That’s 11 holidays, 13 sick days and 20 vacation days after just three years on the job. Is this France?

That’s dumb, but this is dumber: the number 1 most highly compensated federal employee is Dr. Anthony Fauci, who out-earned 4.3 million of his colleagues. Don’t you wish Fauci did a better job following the science?

#4 Federal grant making at $700 billion per year. A target rich environment for waste. $200,000 funded a virtual reality platform to teach Chinese children how to cross their busy streets. Plus, $1 million was spent by NASA to “prepare the nation’s religions for the discovery of extraterrestrial life.” In addition, $1.4 million funded sex education for California prostitutes, who could probably teach the class.

And speaking of prostitutes…

#5 The Ivy League… Cornell University took a $1 million grant to study “where it hurts the most to be stung by a bee.”

That’s dumb, but this is dumber: in a recent six-year period, our auditors at OpentheBooks.com found the eight schools of the Ivy League reaped $42 billion in taxpayer paid subsidies, special tax treatment on their endowment and direct payments on federal contracts and grants.

#6 Covid aid 2020? Many wealthy organizations received millions in COVID-19 aid. “Hamilton,” the most successful musical in the history of Broadway, asked for $50 million and has already received $30 million in COVID aid.

That’s dumb, this is dumber: Paycheck Protection Program — PPP for The CCP (Chinese Communist Party). Specifically, 125 domestic firms owned or heavily invested in by the CCP received up to $419 million in round one PPP funding.

That’s dumber, this is dumber: California’s state government ran a $75 billion SURPLUS and Congress bailed them out for $26 billion!

#8 Could it be the IRS? The agency admitted that $1 in every $4 paid out of the Earned Income Tax program (benefits poor families) went to people who didn’t qualify. That’s $18 billion last year!

That’s dumb, but this is dumber.

Social Security paid out $8 billion improperly last year… so we dug deeper and found their books are a mess. Social Security has six million active SS#’s of people aged 112+ (only 40 people in the world).

It gets worse… the 20 largest federal agencies admit to $2.5 trillion in improper and mistaken payments since 2004!

This is institutionalized incompetence!

But it gets worse…

#9 Unemployment benefits. 44 million people lost their jobs when politicians shut down the economy to “flatten the curve.” Congress threw out $860 billion in unemployment aid and now we know that up to $400 billion was stolen by con artists, criminals and crime syndicates.

#10 Veterans Affairs. Remember when up to 1,000 veterans died waiting to see a doctor because there weren’t enough doctors, and the VA claimed a lack of budget? We forensic audited their checkbook and found $20 million purchased in high-end luxury artwork. Other payouts included a 27-foot Christmas tree costing $21,000; sculptures priced like five-bedroom homes. A VA Medical Center in Palo Alto, California, that serves blind veterans purchased two sculptures for $700,000. Blind veterans can’t see a fancy sculpture, and every veteran deserves to see a doctor.

I recommend you subscribe to Adam’s daily service, www.openthebooks.com.

Adam will be a regular featured speaker at FreedomFest. He is becoming the most influential advocate for transparency and honesty in government.