On Monday, everyone wrote about Martin Luther King, Jr. But Jan. 17 was also Ben Franklin Day.

Monday was the 316th anniversary of the birth of the founding father extraordinaire Benjamin Franklin (1706-1790).

Michael Hart, author of “The 100 Most Influential People in History,” considered Franklin “the most versatile genius in all of history.”

And historian H. W. Brands considered Franklin “perhaps the most beloved and celebrated American of his age, or indeed any age.”

Franklin was the first scientific American; the first diplomat of the United States; the first postmaster and a signer of both the Declaration of Independence and the Constitution.

He was also the first president of the Philadelphia Society for Promoting the Abolition of Slavery. He had freed the few slaves he owned years earlier.

In December 1763, Franklin visited the Negro School in Philadelphia accompanied by Reverend William Sturgeon, and he gained “a higher opinion of the capacities of the black race than I had ever before entertained. Their apprehension seems as quick, their memory as strong and their docility in every respect equal to that of white children.”

Franklin’s Contributions to America and the World

The advice of the sage from Philadelphia applies to all things political and economic today. See if you can apply these statements to today’s leaders:

“There is much revenue in economy, and no revenue is sufficient without economy.”

“Those who would give up essential liberty, to purchase a little temporary safety, deserve neither liberty nor safety.”

“I am a mortal enemy to arbitrary government and unlimited power. I am naturally very jealous for the rights and liberties of my country, and the least encroachment of those invaluable privileges is apt to make my blood boil.”

“A virtuous and industrious people may be cheaply governed.”

“The system of America is commerce with all and war with none.”

For investors, he was the founder of American capitalism and extolled the virtues of industry, thrift and prudence.

In his books, “The Autobiography of Benjamin Franklin” and “Poor Richard’s Almanac,” he was also famous for his pithy proverbs, financial adages and worldly wisdom. 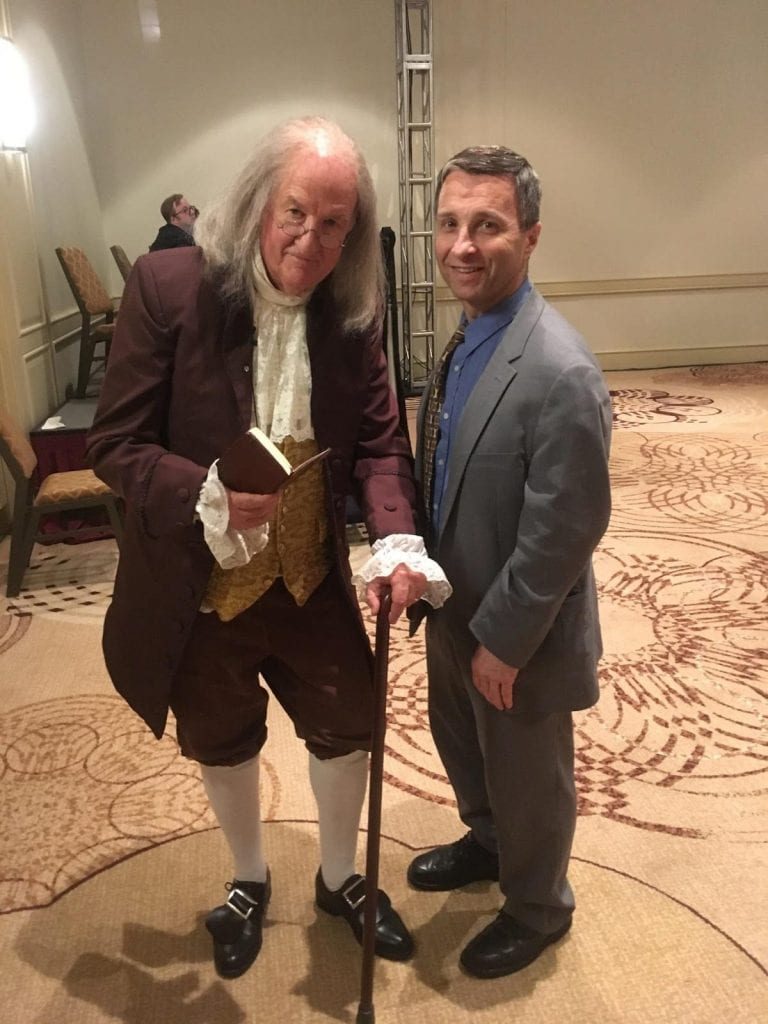 As a direct descendant and frequent portrayer of Ben Franklin, I have been collecting dozens of his sayings in my “Maxims of Wall Street.” In fact, Franklin is quoted more than any other financial guru except for Warren Buffett and Jesse Livermore.

Here are some great quotes from Franklin that apply to our personal lives and our nation:

“A fool and his money are soon parted.”

“An investment in knowledge pays the best interest.”

“Nothing but money is sweeter than honey.”

“Patience in market is worth pounds in a year.”

“It is incredible the quantity of good that may be done in a country by a single man who will make a business of it.”

Franklin was an optimist. He wrote, “I saw in the public papers of different states frequent complaints of hard times, deadness of trade, scarcity of money, etc. It is always in the power of a small number to make a great clamor. But let us take a cool view of the general state of our affairs, and perhaps the prospect will appear less gloomy than has been imagined.”

And finally, he confessed, “The years roll round and the last will comes; when I would rather have it said, He lived usefully, than, he died rich.”

Half Off for ‘Maxims of Wall Street’

If you haven’t received the latest 10th-anniversary edition of “The Maxims of Wall Street,” do it today! Go to www.skousenbooks.com. It’s priced cheap, and the price is only $20 for the first copy and $10 for all additional copies. They make great gifts. If you buy an entire box (32 copies), the price is only $300. I sign all books and pay for the postage if mailed in the United States.

Nobody watches sports or listens to athletes or coaches to hear their political views. We’re there to get away from divisive politics and take a break from work.

On Monday Night Football, in honor of Martin Luther King Day, the Arizona Cardinals wore the words “Stop Hate” on the back of their helmets, and the L.A. Rams wore the words “Be Love.” We’re talking about a professional football game, folks, where players deliberately slam each other and often injure each other.

Sure enough, during the game this happened: The Cardinals’ safety Budda Baker was placed on a stretcher and carted off the field after a hard collision with the Rams’ running back Cam Akers in the third quarter of Monday night’s NFC wild-card playoff game.

It’s time for sports figures to stop getting political and just play the game.