“Those who would give up essential liberty, to purchase a little temporary safety, deserve neither liberty nor safety.” — Ben Franklin

Friends keep sending me letters asking if I’m “safe, secure and sane,” or ending their missives with “stay safe.”

Frankly, I’d rather be FREE and prosperous. The government’s endless efforts to restrict our liberties by creating a virtual police state are unnerving — it’s insane, it’s unprecedented, it’s destructive and, what’s even more significant, it’s unnecessary.

The economic lockdown is a self-inflicted wound. I don’t think it’s mortal, but it will require a long recovery stage.

Whoever came up with the mandate that we shut down schools, businesses, sports, entertainment and even the beaches and parks ought to be ashamed.

Does Anyone Remember the 1995-96 Flu Season That Was Supposed to Kill Millions of People?

Recently, I was reading my uncle W. Cleon Skousen’s journals, and here’s what he wrote on December 31, 1995:

December 31, 1995, Sunday. Both Mother and I awakened this morning a little woozy. I represented us at Church but between my toothache and my cold, I just endured it.

At church, I mentioned to Dr. R — [an MD] about my miserable cold and he said I should be very careful because it might be the flu coming on. He said it then goes into pneumonia

and the doctors are predicting about 10 million deaths this year — mostly infants. Already some hospitals are refusing to take any flu patients except infants because they require all the resources of the hospitals.

Dr. R– referred back to the influenza epidemic of 1918 and said the medical profession is afraid we might have another one because the current wave is not responding to the virus cures of last year.

My uncle’s report is typical of past flu episodes. People were fearful and tried to protect themselves, but otherwise, life went on. Today, nobody remembers the 1995-96 flu season. Only a hundred thousand died, not millions.

Where is the Greatest Generation when we need them?

Yesterday, Fed Chairman Jay Powell warned that the economy is in for “long-lasting damage” — not due to the coronavirus, as the financial media is reporting, but because of our overzealous response: everyone wearing masks, engaging in social distancing, as well as closing businesses and schools at the drop of a hat.

The results are scary: Airlines will declare bankruptcy, given the ridiculous health care rules and regulations imposed on them. Ditto for cruise lines. Seniors will think twice about retiring in a nursing home. Casinos will close forever.

Places like Las Vegas, Orlando and other tourist destinations may take years to recover.

According to the authors of this article in Foreign Affairs, lockdowns are simply not sustainable for the amount of time that it likely will take to develop a vaccine:
“There are good reasons for countries to begin easing their restrictions. It will take several years to tally the total number of deaths, bankruptcies, layoffs, suicides, mental health problems, losses to gross domestic product (GDP) and investments, and other costs attributable not just to the virus but to the measures used to fight it. It already should be obvious, however, that the economic and social costs of lockdowns are enormous: estimates from the OECD suggest that every month of pandemic-related restrictions will shrink the economies of advanced countries by two percent.”

Will we have a recovery in the form of an L, U, V, or W? Probably L or U, but definitely not V.

Unemployment has already hit 15%, the definition of a Great Depression. It is likely to go higher. Expect GDP to plunge by an equal amount.

Meanwhile, inflation is likely to make a comeback, and food prices are already starting to rise. With the Federal Reserving dramatically inflating the money supply, and the Congress spending money like there’s no tomorrow, I expect to see higher prices in the future.

Be Careful Where to Invest

But that does not mean you don’t need to make significant changes in your portfolio.

This chart shows you how the crisis has affected three different sectors of the economy — gold, oil and stocks. 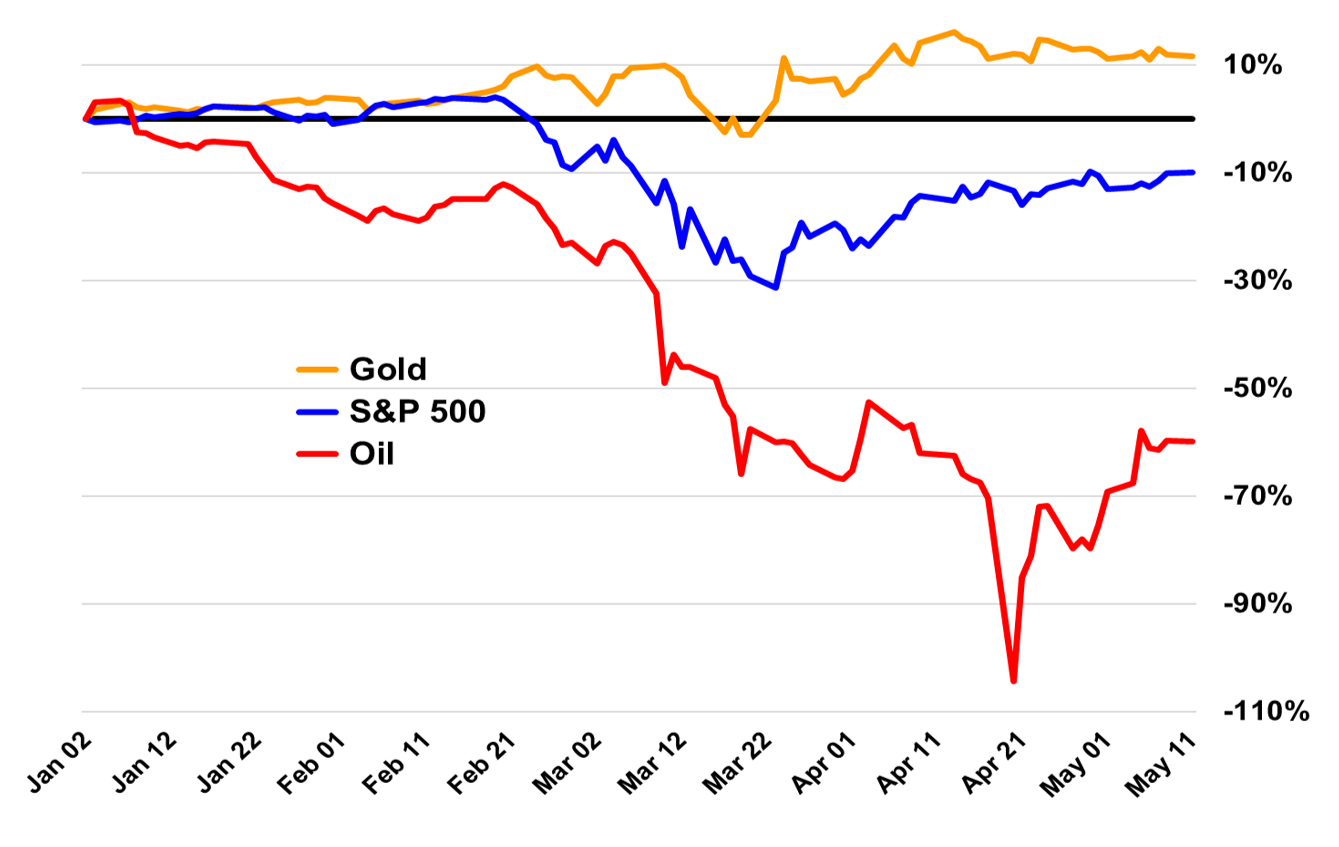 Technology has been the real savior in this volatile market. It has adjusted the best to the pandemic, with innovations in biotech, online education, finance and communications.

Gold also has done well, and I am more bullish on the yellow metal given the easy money/big-spending policies coming out of Washington. Our gold stocks are up sharply.

Finally, I’m positive on the dollar against foreign currencies. I don’t know how long gold and the dollar will move together, but the dollar remains the world’s most important currency.

The Calming Influence of the ‘Maxims of Wall Street’

The quote above from Ben Franklin reminds me… the demand for my “Maxims” book has been strong during this crisis. I’ve received several letters lately from investors who have said that reading quotations from “The Maxims of Wall Street” has been comforting in these trying times when the market is gyrating like crazy. I’ve been around the markets since the 1970s and have witnessed firsthand the thrill of victory and the agony of defeat. It never gets easy.

As Steve Forbes has said, “Everyone is a disciplined, long term investor… until the market goes down!” (quoted in the “Maxims,” p. 134)

And benefit from this quote by Alexander Green, “It’s tough to catch the train after it has left the station.” (p. 176) He considers my book a “classic.”

And last, but not least, Dick Russell offered the famous line, “In a bear market, the winner is he who loses the least.” (p. 109)

If you want a copy of the new 7th edition, go to www.skousenbooks.com, or call Harold at Ensign Publishing at 1-866-254-2057. You’ll be glad you did. The price is only $20 for the first copy and $10 for all additional copies (they make great gifts). If you buy a box of 32 copies, the price is only $300. As the late businesswoman and financier Hetty Green was famous for saying, “When I see a bargain, I buy a lot of it.”

I know subscribers who have a copy on their nightstand. It is a good source of wisdom for everyone who is staying at home these days. As Dennis Gartman has said, “It’s amazing the wisdom one can gain from just one line in your book. I read it every day.” 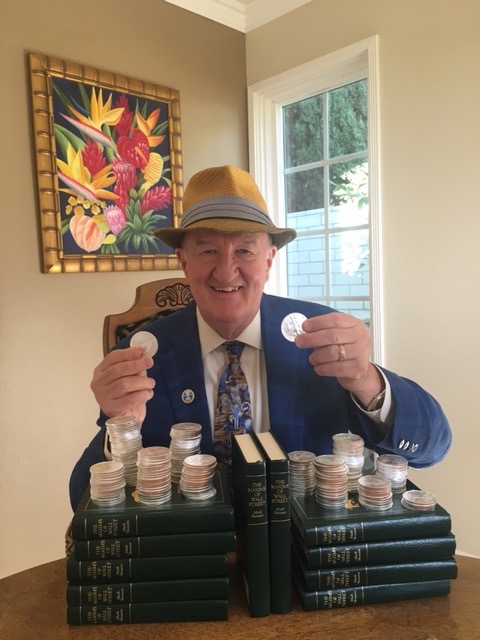 I so enjoyed stacking silver coins on my ‘Maxims’ book!

Is Bill Gates Public Enemy #1? The Great Gates Keeper Is Selling Us a Bill of Bads

Dr. Fauci, director of the National Institute of Allergy and Infectious Diseases, wants to close schools and lock down the economy, ban handshaking and require everyone to wear masks.

Bill Gates, who until recently was the world’s #1 billion, is also an alarmist, and apparently favors a cashless society, mandatory vaccines and “common core” education for all.

I used to be a big fan of Bill Gates. Several years ago, I met him in New York, and afterward referred to him as a “modern-day Ben Franklin” in the August 2008 issue of Forecasts & Strategies for using his profits to “do good.”

I have even recommended his stock in my newsletter (especially since Satya Nadella became the CEO). 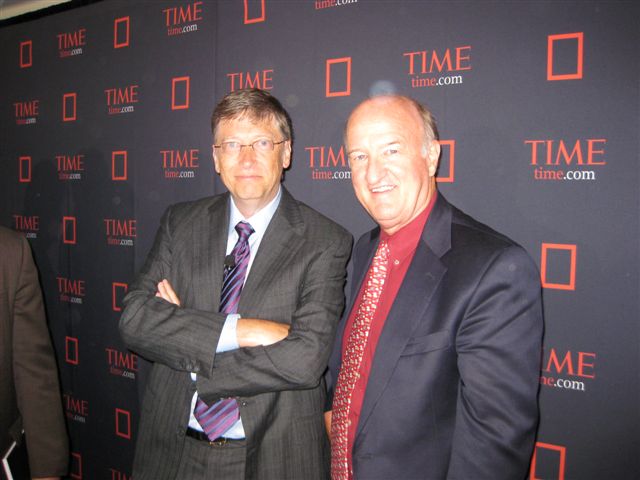 But now, I am convinced that Gates and his Gates Foundation are pushing America and the world in a wrong and dangerous direction.

What is Gates’s agenda? I’m worried about his promotion of mandatory vaccinations, centralized education and the elimination of privacy — the right to be left alone.

First, he, along with Citibank and other financial institutions, is pushing for the elimination of cash to transact business. Big banks love the idea that all transactions go through their credit and debit cards, but our financial privacy and freedom are a casualty. Once cash is replaced with digital currency, the government and big business will know where we are, and what we do with our money.

We are already moving quickly in this direction. India was the first test of gradually eliminating cash, and I was glad to see a backlash.

Second, Gates is an alarmist who claims the Wuhan virus as bad as the 1918 pandemic. In his zeal to end poverty and disease in the third world, he favors mandatory vaccinations against all kinds of diseases, including flu shots and a forthcoming virus vaccine.

The Gates Foundation is leading a “Global Vaccine Action Plan,” along with the World Health Organization (WHO), UNICEF and National Institute of Allergy and Infectious Diseases (led by the alarmist Anthony Fauci). They’re calling it, “The Decade of Vaccines!”

Third, Gates is a big fan of “top-down” education, famous for financing the “common core” agenda that has failed miserably to raise the skills and knowledge of students.

Jeff Polet, a reporter for Philanthropy Daily, charges, “While teachers and students receive short shrift in Gates’ educational vision, parents receive none at all. Judging by his latest speech, parents have no role to play in the education of children, and no say over what students are to be taught. This is consistent with Gates’ view that the purpose of education is economic competitiveness and technological savvy.”