With all good wishes for the holidays, AEIOU,

“Save your money, nephew! Pennies saved today are dollars in your pocket tomorrow!” — Uncle Scrooge McDuck

One of the grand traditions during the Christmas holidays is to read Charles Dickens’ short story “A Christmas Carol,” or watch one of the many film productions about the miserly Ebenezer Scrooge who turned his life around and became a generous soul on Christmas Day.

Now that we are experiencing a bear market during the holidays, it’s time we adopt a “Scrooge” philosophy with regard to our investments and personal finance.

Of course, Ebenezer Scrooge was a miser and not very charitable until he had a change of heart on Christmas Eve.

When I was growing up, one of my favorite comic book heroes was Uncle Scrooge, who was created and drawn by Carl Barks. I have a signed poster of one of Barks’ drawings, which features Scrooge McDuck diving into his money bin. I’d like to think that, subconsciously, this comic book hero encouraged me to be successful in life.

As a young man, I was fascinated by Uncle Scrooge, his adventures with his three nephews, his ingenuity in discovering new ways to make money and his ability to thwart the schemes of the thieving Beagle Boys.

I have endeavored to pass along these boyhood memories and lessons to my children and grandchildren. 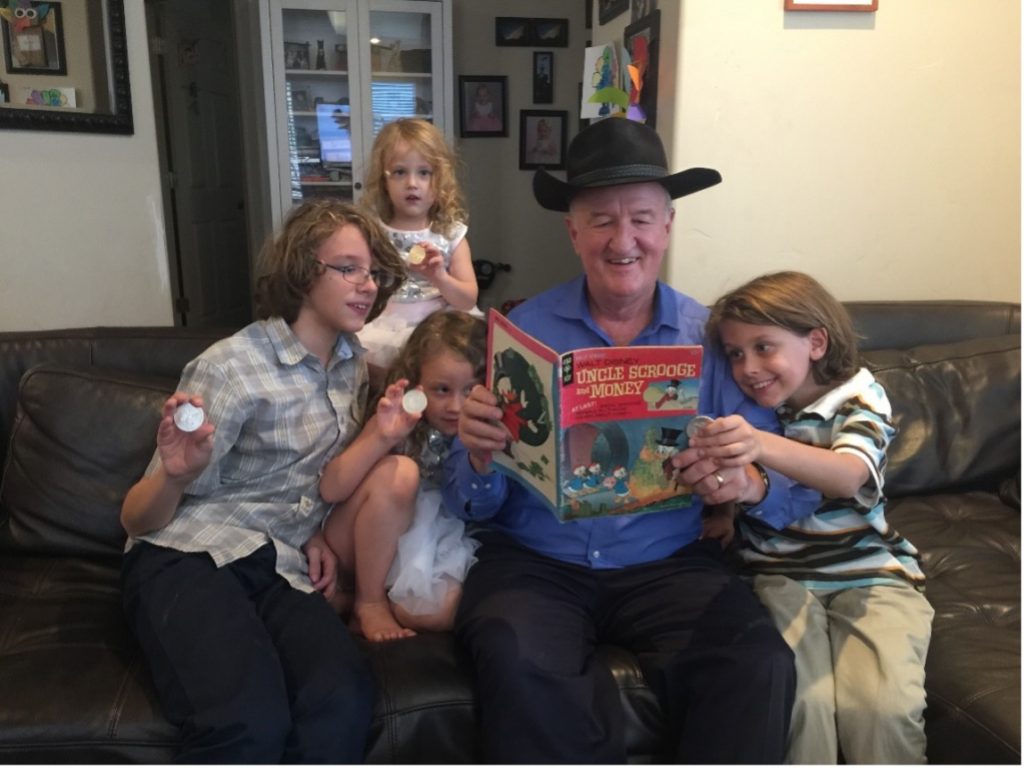 Here I am reading about Scrooge McDuck to four of my grandchildren.

The photo above shows me teaching four of my grandkids about money by reading an Uncle Scrooge McDuck story on Thanksgiving. Each child is holding an American Eagle Silver Dollar, part of their money bin! The issue, “Uncle Scrooge and Money,” is a first edition, released in 1966 and written and illustrated by Carl Barks.

Dickens’ character of Ebenezer Scrooge was a miser, but Uncle Scrooge McDuck was more like “The Richest Man in Babylon.” He watched his expenses but didn’t just sit around counting his money. Instead, Uncle Scrooge McDuck put it to good use by creating new businesses and investing in successful enterprises.

In applying the Scrooge philosophy to investing, there are three rules to remember:

Unfortunately, the saving rate in the United States is now near an all-time low. See the chart below. 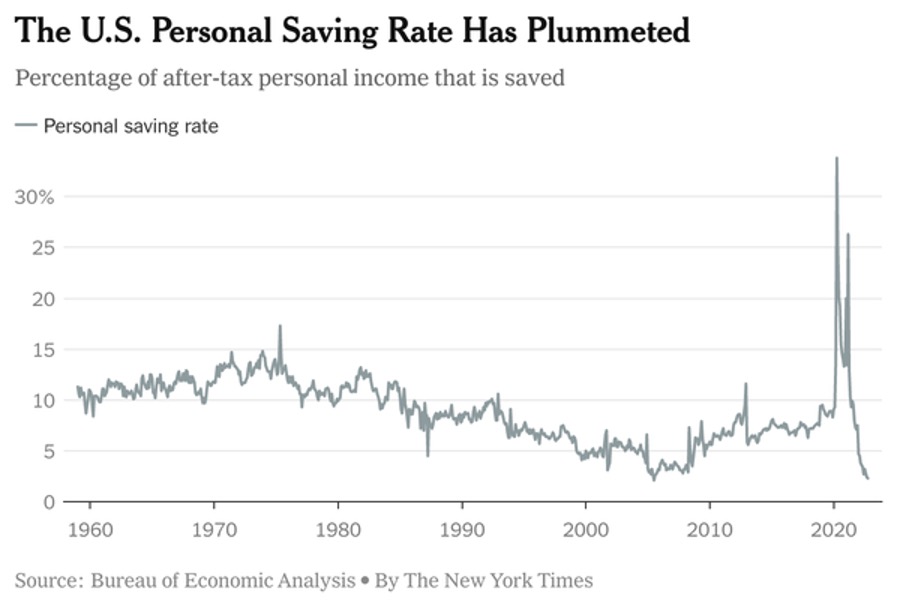 Beware! Too many people are living paycheck to paycheck. As Russell Sage once said, “Any man can earn a dollar, but it takes a wise man to keep it.” (“Maxims of Wall Street”, p. 26).

Kevin O’Leary said it best: “Getting rich is easy if you follow three rules: save more, spend less and invest the rest.”

Here are some other quotes from “The Maxims of Wall Street”:

“Economy is a great source of revenue, and no revenue is sufficient without economy.” — Seneca and Ben Franklin

“Whether it’s socks or stocks, I like buying quality merchandise when it’s marked down.” — Warren Buffett

In the early 1990s, I wrote a financial book based on Scrooge McDuck called “$crooge Investing,” which was published by Dearborn Financial Publishing. The updated editions were published by McGraw Hill.

I’ve been cleaning out my garage and, lo and behold, I found another box of classic Skousen books, which are out of print. This time, I found 40 copies of the first edition of this 1992 edition: 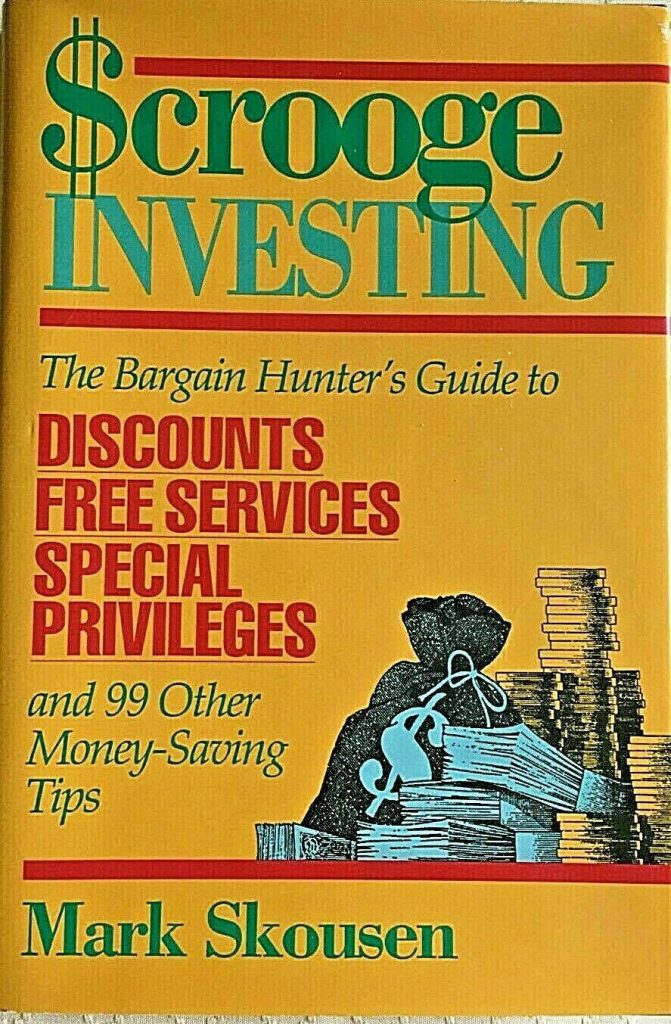 These books have been out of print for decades and are hard to find.

Some of the information in the book is out of date — it was written before the internet came along — but much of the advice is still sound, such as:

Plus, the opening and closing chapters entitled “The Scrooge Philosophy of Investing” are timeless.

There are 40 copies left. I’ve decided to sell these copies on a first-come-first-serve basis to my subscribers. Today, you can buy these collector’s volumes on Amazon or eBay, but they are unsigned.

If you purchase through me, I’ll autograph and date each one and mail them to you for free if mailed inside the United States. The price is only $37 each, a bargain! To order, go to www.skousenbooks.com.

Orange County California AAII Investment Meeting, January 14, 2023: I’ll be speaking at the Orange County, California, chapter of the American Association of Individual Investors (AAII) on Saturday, Jan. 14, at 9 a.m., on the topic, “Investing in 2023: Should You be a Bull, Bear or Chicken?” The address of the meeting is The Center of Founders Village, 17967 Bushard St., Fountain Valley, CA 92708. To reserve a spot, email Stephanie at sdavis388@gmail.com. There is a nominal charge for attending.

EconoSummit, March 11-12, Ahern Hotel, Las Vegas: Once again, my wife, Jo Ann, and I will be speaking at this popular annual event, sponsored by the Investment Club of America. Two keynote speakers have been confirmed: John Fund, senior writer for National Review and an expert on geopolitics; and Floyd Brown, publisher of the Western Journal and author of the new book “CounterPunch.” Other speakers will be added soon. The price is only $99 per person if you register before Jan. 1. (After that, it goes up to $199 per person.) Most importantly, I urge you to reserve your room at the Ahern Hotel as soon as possible for only $159 a night. Call 1-725-414-4800 and use the code HighMark to get the discount. Our conference is during March Madness, when hotel rates will surge to over $300 a night. So, I recommend you book your room now. For more details, go to www.econosummit.com.

I’m a big sports fan. It’s part of a well-rounded life. I not only play many sports, but I enjoy watching the World Cup as well as professional baseball, football and basketball.

It’s also an opportunity to take a break from politics and business.

Unfortunately, in recent times, the sports arena has entered politics and has taken stands on various hot issues. In particular, the National Football League (NFL) and the National Basketball Association (NBA) have been vocal about racism and the police, among other topics.

In the World Cup, the Fédération Internationale de Football Association (FIFA) has been silent on labor abuses in the building of football stadiums in Qatar (it is alleged that several thousand workers died during the summer months).

The NBA, Nike and the NBA’s top player, LeBron James, have spoken out in favor of Black Lives Matter and against police brutality. But, when it comes to their relationship with China, including the use of slave labor to make Nike shoes, they are oddly silent. 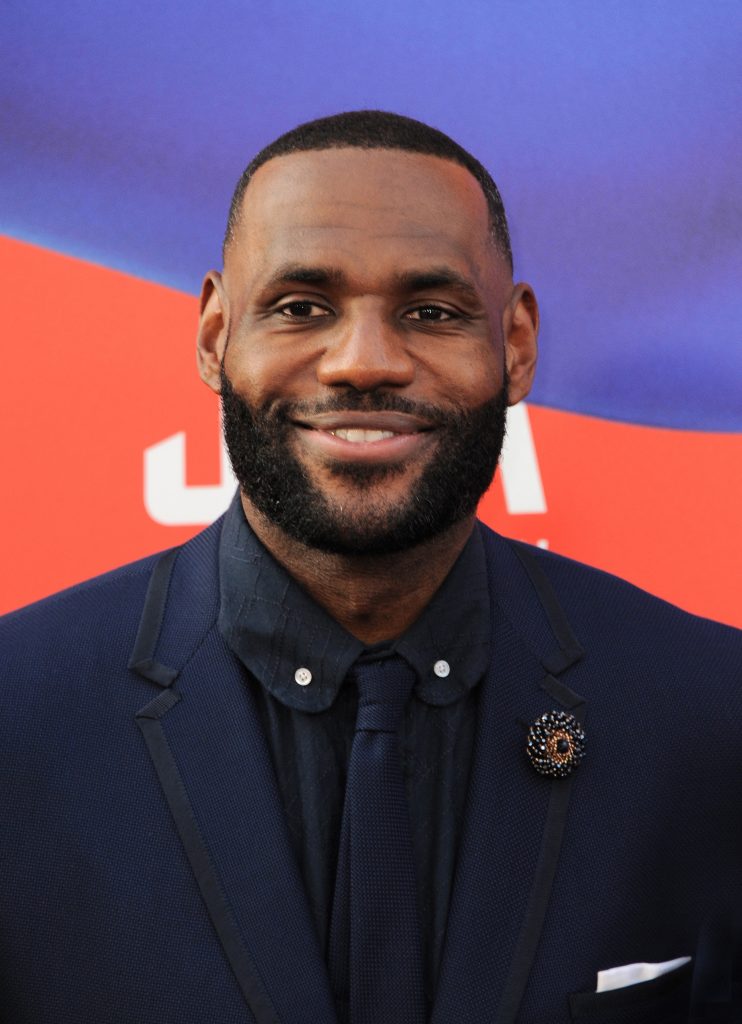 LeBron did comment briefly last year after Houston Rockets general manager Daryl Morey tweeted in support of Hong Kong’s anti-government protests. LeBron James responded: “I don’t want to get into a feud with Daryl Morey, but I believe he [Morey] hasn’t been educated on the situation.” Seriously? Apparently, it’s LeBron James who needs to be educated about human rights abuses in China and Hong Kong.

The one NBA player who has spoken out, Enes Kanter of the Boston Celtics, has been released. He is on a one-man crusade against the Chinese Communist Party and its human rights abuses, from the imprisonment of Hong Kong publisher Jimmy Lai and thousands of other political prisoners to the million Uyghur Muslims in concentration/reeducation camps in Xinjiang to the never-ending lockdowns.

Kanter is now a free agent and has added “Freedom” to his name.

If the NBA is going to play the political game, it’s time we call out the grotesque hypocrisy of the Nike-NBA industrial complex and its biggest star, LeBron James.