Take This Poll: Who Will Save the Republic?

“I am apprehensive that the government of these states may in future times end in a monarchy, and a King will be set over us.” — Benjamin Franklin

Please take the anonymous poll at the end of this column. Thanks.

It will do nothing to reduce inflation, but it will waste billions on “alternative energy” and send the national debt to new highs. Worse, it will unleash 80,000 new IRS agents to “harass our people and eat out their substance,” to quote the Declaration of Independence.

Can we really stand another two more years of bad policies by out-of-control radical Democrats?

According to John Stossel’s ElectionBettingOdds.com, there’s an 80% chance the Republicans will take the house but will still lose the Senate because the opposition has put up weak candidates. Expect the Democrats to take full advantage of Senate control by pushing through more federal judges and Supreme Court justices.

And that brings us to the all-important 2024 election.

I’m convinced we need a strong candidate for president in 2024. Is that candidate Donald J. Trump, who is itching to prove to the world that he has been falsely maligned and deserves a second chance?

Most of Trump’s policies were good for the country, but his biggest problem was his egomaniacal personality which turned off a large number of voters. I’m convinced that if Trump had acted presidential when he got elected, he would have won re-election by a landslide.

Our most heated debate at this year’s FreedomFest addressed this question, putting Trumpster Wayne Allyn Root against reporter Isaac Saul. National Review’s John Fund was the moderator and had to calm down the Trump supporters in the audience.

Trump supporters are rabid and want to vindicate their candidate. There is little doubt that Trump is the front-runner to win the Republican nomination for 2024.

But winning the presidency is a different story. Trump faces huge legal and political obstacles. Not only will he need to overcome possible criminal charges, but he will have to convince a large group of Democrats to switch sides and overcome a very large group of “Never Trump” voters.

The fact is that the Republicans are living up to their reputation as the “stupid party.” Their candidate may win the party nomination but then lose in the general election.

There is a Better Alternative

There is in fact a solution to the Republican dilemma if only they would open their eyes.

How about supporting for president a man who is a stanch free-market Republican but does not carry any of the Trump baggage?

He’s a graduate of Yale and Harvard law; a Navy veteran who spent time in Iraq; a former U.S. Congressman (2013-2018), a good family man with three children, and governor of the third most populous state in the union — and who is so popular he will likely be re-elected by a landslide?

Like Trump, he is forceful in defending his principles and taking on the establishment media, but unlike Trump, he does not personally attack fellow Republicans.

To those who say Gov. Ron DeSantis is young and can wait his turn in 2028: Can our nation really afford another four years of Joe Biden, or heaven forbid, the younger generation of Kamala Harris or Gavin Newsom? 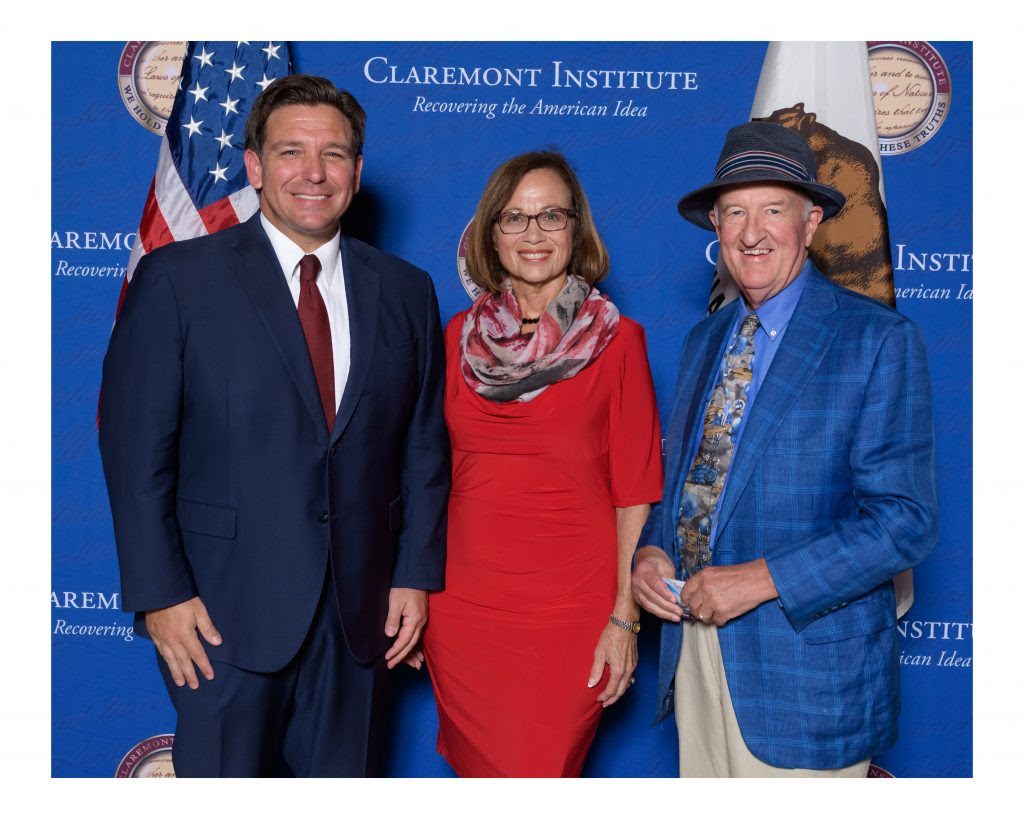 Do you agree? Vote here.

Nick Gillespie also interviewed John Mackey, the soon-to-retire CEO and co-founder of Whole Foods Market, at this year’s FreedomFest. Mackey warned that “socialists are taking over the country,” which has created a storm of commentary. Listen to it here.

Next year’s FreedomFest will be in Memphis, Tennessee, July 12-15, 2023. We already have over 300 attendees signed up. Our keynote speaker is America’s #1 historian, Douglas Brinkley, famous for his presidential biographies. Our “super early bird special” of $397 per person ends on August 31. Click here to sign up.

Hawaii Lectures, Sept. 14-16: I will be giving some lectures at BYU-Hawaii and Hawaii Pacific University. For more information, contact Gale Pooley at gale.pooley@byuh.edu and Ken Schoolland at ken.schoolland@gmail.com.

World Knowledge Forum, Sept. 20-22, Seoul, Korea: Considered the Davos of Asia, I am pleased to be a speaker for the first time. For more information, go to www.wkforum.org.

Most politicians don’t like to admit mistakes and when they do, they seldom apologize. Donald Trump is famous for refusing to apologize, believing that it is a sign of weakness.

In early 2011, then-presidential candidate Mitt Romney wrote a book entitled “No Apology.” I’m sure if he could do things over again, he would probably make some changes.

So, it was refreshing to see Mitt Romney, now a U.S. Senator from Utah, admit on nationwide TV that he had regrets about his past behavior.

He said, “There have been times in my life when I have strayed from being 100% accurate or 100% honest. When I’ve done things for the advantage of politics, and I look back at those things now with great regret, and so I say at this stage of my life, I’m not doing that anymore. I’m going to be straight and honest to the extent that I humanly can and I’m not going to worry about what the consequence might be for me politically or otherwise.”

That’s a tall order for a politician, but in Utah, he can afford to be honest. He is highly likely to be re-elected.

It reminds me of Romney’s predecessor, Orrin Hatch. Several books were written about him. He was called “Gentleman of the Senate” and in the latest tribute, “Titan of the Senate.” Occasionally he was named “Best Dressed Senator.”

But one time I asked Senator Hatch, “When will someone write a book entitled Orrin Hatch, Statesman of the Senate?” They never did.

Which reminds me of the old question, “What’s the definition of a statesman?”