Last week, I appeared on CNBC with Rick Santelli, where I talked about the A&W Pledge (to bring back sanity in government) and the outlook for the markets. Check it out here. 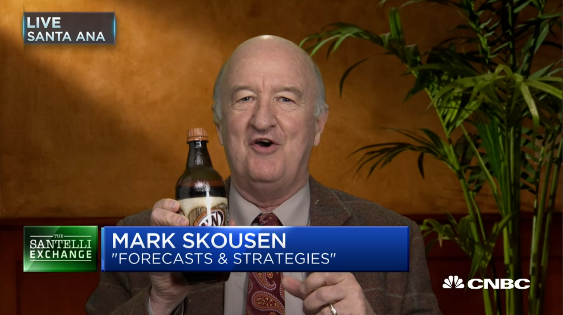 Every year I teach my students the sound principles of A&W, two concepts vital to a strong and effective government. I’ve also given a lecture or two to legislatures on the A&W principles and have encouraged them to take the A&W Pledge.

Most importantly, the A&W Pledge can bring Republicans and Democrats together to forge a new policy that most reasonable people can agree upon — regarding health care, Social Security, Medicare, Medicaid, food stamps and a host of other welfare concerns.

A stands for Accountability — the conviction that the “user pays” to keep costs down and improve the quality of all goods and services, including government services. Accountability means competition and choice, along with an educated public.

You can see why Republicans are attracted to the concept of Accountability.

Democrats are attracted to the Welfare principle. They want to help others who are in stress, but they also realize that government should not be in the business of making the rich get richer.

The trick is to have the right balance between A & W, between Accountability and Welfare. If government officials and legislatures are too generous, the W interferes with the A, and everyone suffers.

Let’s see how the A&W principles work out with various government programs.

First, the single-payer healthcare system found in Canada, the United Kingdom and other parts of the West violates both the A&W principles. The user never pays, the government does, so there is waste, inefficiency and long lines. And the single-payer system is equally available to rich and poor. No wonder there are so many problems with single-payer systems.

Second, Social Security and Medicare conform to A but not to W. Users pay into these two government programs, but then they are heavily subsidized by the state. Should the taxpayer be paying for Warren Buffett’s or Bill Gates’s retirement or medical bills? Most Americans would say no.

The A&W principle suggests that there should be a means test applicable to both programs as a way to solve the unfunded liability problem. I firmly believe the government should aid those who need help but not those who don’t need it, especially the wealthy. By adopting a means test, the government could greatly reduce the cost of these Great Society programs.

Third, Medicaid and Food Stamps (SNAP) programs violate A but not W — until recently. There always has been a means test with these welfare programs. If a family of four earns more than $25,000 a year, they don’t qualify for food stamps or Medicare. Moreover, under the Welfare Reform Act of 1996, able-bodied citizens lose their welfare after five years. But the financial crisis of 2008 eliminated that requirement. Even today, more than 42 million Americans are on food stamps and Medicaid. The W side of A&W should not be so generous as to create a permanent welfare class.

There are many other ways to apply the A&W principle. I’ve only scratched the surface.

I firmly believe that both sides of the political aisle could sign the A&W Pledge and work together to make America great again.

Action to take: I suggest you send an empty can or label of A&W root beer to your state and federal representatives and to the President. Tell them to take the A&W Pledge and make government strong and efficient as the founders intended. 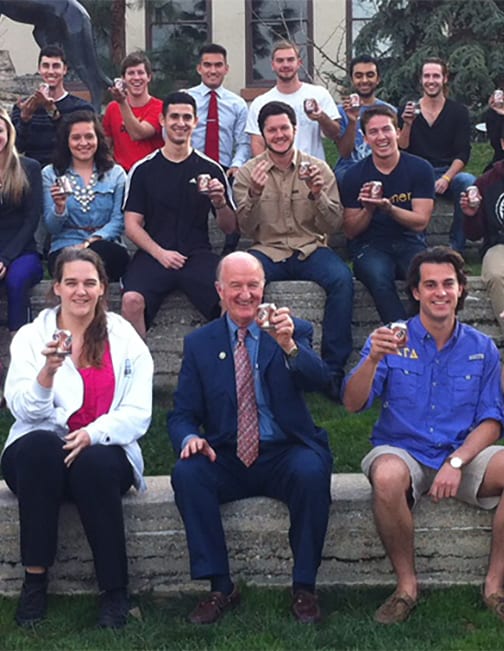 After I teach my students the A&W principle, I pass around cans or cups of A&W root beer and we all take the A&W Pledge. I urge you to do the same!

Finally, I invite you to join me for my free teleconference next Tuesday, March 21, at 2 p.m. To sign up, please click here.

In case you missed it, I encourage you to read my e-letter from last week about how Warren Buffet outperformed the S&P 500 again.

The Trump Doctrine Spreads to France

“This year promises an upheaval…The French presidential election will have consequences far beyond its borders.”

The cover story of the latest Economist is scary indeed. It reminds me of the theme of FreedomFest in 2011 following the Tea Party movement: “Are We Headed for New American Revolution or a French Revolution?”

The 1789 French Revolution was a disaster for France. It took many years to recover.

The next French presidential election might be a repeat of the November election in the United States, which brought us an “America First” policy. The French are demanding change, given its sluggish economy, high unemployment and terrorist attacks.

The new darling of France is the charismatic Marine Le Pen of the National Front. The current president, Francois Hollande is unpopular and won’t run for re-election. Le Pen is against globalization as a threat to French jobs. She wants to obstruct foreign trade, ban Islamic immigrants, swap the euro for a new French franc and call for a referendum to leave the European Union. She sounds like Donald Trump!

The Economist is correct: “A victory for Ms. Le Pen would make France poorer, more insular, and nastier.”

Let’s hope they choose instead the more liberal candidate Emmanuel Macron, who favors reducing bureaucracy and taxes rather than closing doors to the outside world.