You probably think my headline is crazy, but it’s true. The media is reporting that irascible Donald Trump was dumped, and sleepy Joe Biden is the president-elect.

Then why did stocks soar after the election, given that Biden and the Democrats hate investors and want to cancel the Trump tax cuts?

The answer to this puzzle was explained by John Fund, senior editor of National Review, before over 100 private investors at our “off the record” Post-Election Summit in Vegas.

And in the spirit of Las Vegas, John said, “Donald Trump would have to draw an inside straight in order to win.”

While Trump did just that in 2016, the way it looks now, the president is likely to come up with snake eyes.

Three Changes Overlooked by the Media

As a result, Joe Biden will be president. But the rest of the news is surprisingly positive for the Republicans and investors. John Fund made three points that the media is ignoring.

“The chances of the Democrats winning either or both senate races in George is zero,” Fund stated emphatically. According to www.electionbettingodds.com, the Democrats have only an 11% chance of taking over the Senate.

Second, Republicans picked up a whole bunch of seats in the House. In fact, not a single incumbent Republican lost. Nancy Pelosi has been disgraced and may well be replaced as Speaker.

Third, hardly anybody has reported (except John Fund) that the Republicans handily won control over most state legislatures and governorships. So, Republicans will largely determine any redistricting plans in the near future.

As Fund summarized at the Summit: “The Democrats spent over $2 billion and yet still lost seats in the House, failed to take Senate and allowed the Republicans to control most state legislatures and governorships.”

The public sent a loud message to newly elected Joe Biden: Modesty is the best policy.

Why Gridlock is Good for Investors

What all this means is a divided government. Investors love political gridlock and are the real winners in this election. The reason why is because divided government is the best scenario, historically, for the markets. According to data from CFRA Research, the best market performance takes place when there is a Democrat president and a split Congress, with Republicans controlling one of the two chambers. That performance, incidentally, equaled an average calendar year total return of 16% on the S&P 500.

Stocks have soared on the news, hitting new highs. Even energy and cannabis stocks have suddenly come alive. And income stocks are moving back up.

The dollar has rallied, while gold and mining stocks have taken a tumble (temporarily, however).

I’m sure glad I didn’t follow the advice of other financial advisors who went to cash before the election. We stayed 100% invested before and after Nov. 3.

I’m also glad I didn’t gamble on who would win, other than a friendly dinner bet. I thought that Biden was a slight favorite, but I had friends who bet the farm that Trump would pull off a surprise victory again. They had a chance to take some profits Tuesday night when it appeared, for a few hours, that Trump would win, but eventually, they were wiped out as Biden gradually took several battleground states.

In the November issue of Forecasts & Strategies, I quoted American University professor Allan Lichtman, author of “Keys to the White House.” I invited him to be our keynote speaker at this year’s FreedomFest because of his outstanding forecasting record. He had accurately predicted the winner from Reagan to Trump, a remarkable feat. But, alas, FreedomFest was canceled. Still, I contacted Prof. Lichtman and told him his prediction, which I reported in the November issue.

I wrote, “Based on his 13 keys to winning, Lichtman now predicts that Joe Biden will be the next president of the United States. The primary reason is the economy, which is still in deep recession.”

And he was right.

This year, my publisher, Eagle Financial Publications, was planning a big 40th celebration of my investment newsletter at FreedomFest. Over a thousand supporters had signed up. Then, the imperial governor of Nevada unceremoniously canceled our big show in Vegas, and I thought that the opportunity to celebrate was lost.

Fortunately, we were able to go back to Vegas over the weekend for our Post-Election Summit. There, Roger Michalski, the publisher of Eagle Financial Publications, presented my wife, Jo Ann, and me with a plaque celebrating 40 years of Forecasts & Strategies. (see photo below.) 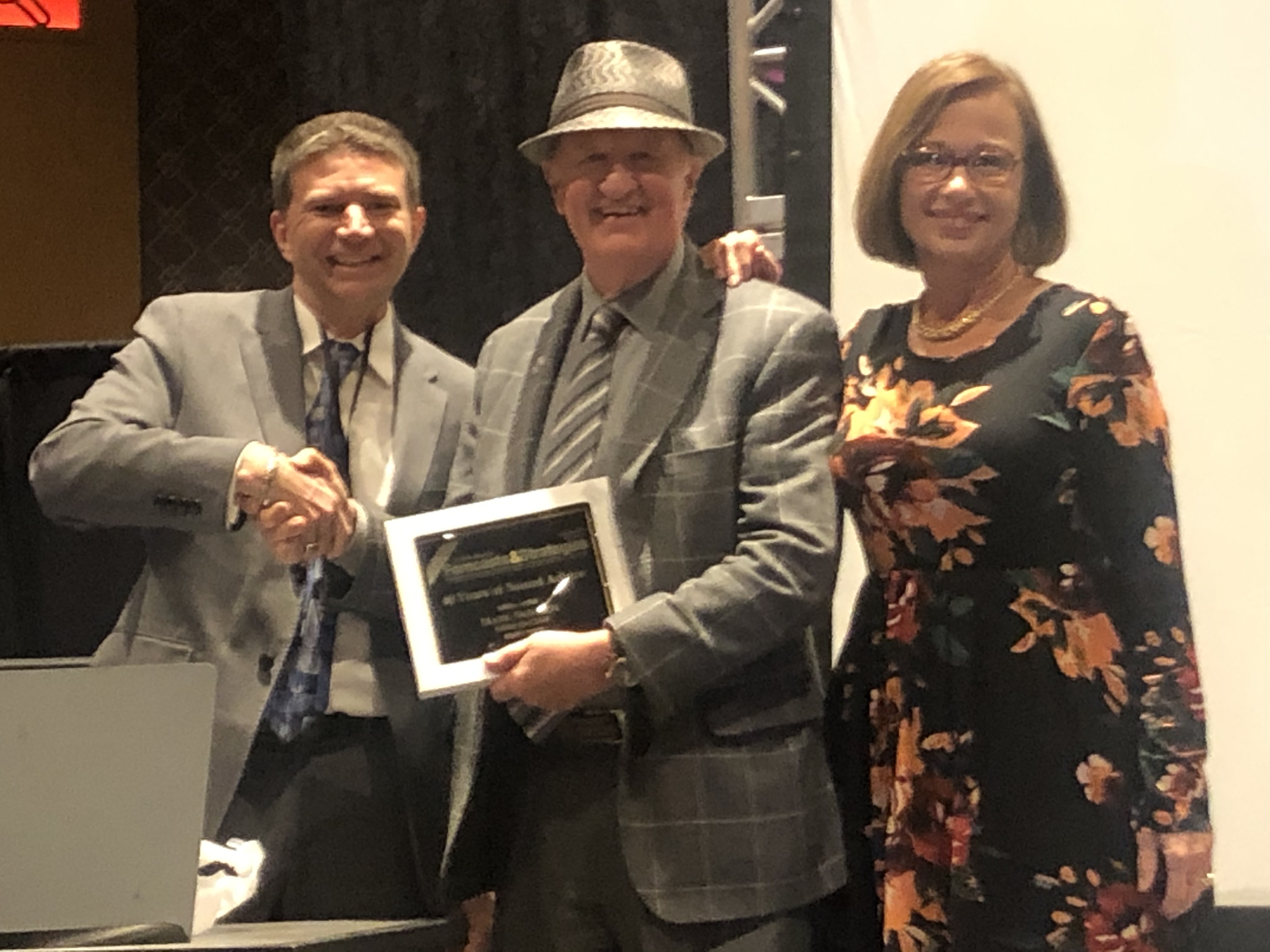 Roger Michalski presents Jo Ann and me with a 40-year celebration plaque.

Roger interviewed Jo Ann and me, and I had the opportunity to deliver my seven lessons of the past 40 years. You can read the list here.

It’s been a great partnership, and I told the audience that we plan to continue writing the newsletter. In 2030, I can write a book called “Fifty Years on Wall Street”!

Keynote Speaker at the Asset Protection and Investment Conference in Vegas

I’ll be headed back to Vegas this weekend for the Annual Asset Protection and Investment Conference, Nov. 14-18, at the J. W. Marriott Hotel in Las Vegas.

This is a high net worth conference that is limited to no more than 50 accredited investors who are keen on finding ways to protect and grow their assets.

My keynote dinner speech (Monday evening, Nov. 16) will be: “The Post Election Verdict: Forecasts & Strategies for 2021 and Beyond.”

While the headlines in the United States focus on the elections and potential voter fraud, an even more dangerous development is occurring on the other side of the globe.

It turns out that four pro-democracy Hong Kong lawmakers were disqualified after China’s legislature passed a resolution that empowered local officials to unseat dissenting politicians without going through the courts.

When the British government turned over Hong Kong to China in 1997, the Chinese Communists guaranteed certain freedoms and democratic rule for at least 50 years. But you can never trust the Communists to live by any treaty. Over the past few years, the Chinese government has eroded the freedom of speech, assembly and local rule by pushing through a national security law.

In protest, a group of 19 pro-democracy legislators said they are quitting.

“Today starts a whole new ballgame on how the battle of democracy will be fought in Hong Kong,” said Wu Chi-wai, the convener of the group, who separately confirmed the intention of the other 15 pan-democratic lawmakers to resign on Thursday. “Sooner or later we would all have been disqualified.”

The resignations leave the city’s mostly pro-Beijing legislature free to effectively serve as a rubber stamp for government policy and laws.

“This fundamentally changes the Legislative Council,” said Mr. Yeung, one of the disqualified lawmakers. “It’s a blatant humiliation to this legislature that is already run short of legitimacy and respect from the people.”

Meanwhile, the United States and the Western world sit idly by as a once-great nation loses its freedom.