While at the Seattle MoneyShow, I paid a visit to the vast Microsoft campus in Redmond, Washington.

The Microsoft complex was impressive with regards to how the buildings were interspersed with nature and the employee sports facilities such as the ones for basketball, volleyball, soccer and track. 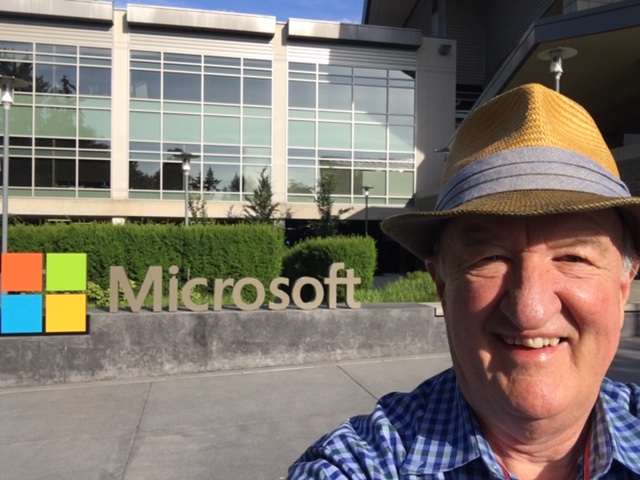 Me in front of Microsoft headquarters on Father’s Day.

Microsoft is one of my favorite companies, especially under the visionary leadership of its CEO Satya Nadella. The stock has tripled in value since he took over five years ago in 2014 and the company now enjoys a trillion-dollar market cap.

I use the Microsoft Windows product in my introductory “Economic Logic” textbook (published by Capital Press/Regnery, now in its 5th edition) in order to explain basic accounting and supply and demand.

When I teach economics and business at Chapman University (after previously doing so at the Columbia Business School), I use Microsoft as an example of enlightened capitalism, or what John Mackey calls “Conscious Capitalism,” the title of his revolutionary book. He advocates the “stakeholder” philosophy, in which the ideal business should be beneficial to all stakeholders — customers, investors, executives, employees, suppliers and the community — and they should work as a team and be rewarded when the company does well.

Microsoft is a good example of Conscious Capitalism. When Bill Gates and Paul Allen created Microsoft back in the early 1980s, they soon started giving stock options to all their employees.  Secretaries became millionaires!

Today, it is estimated that 12,000 Microsoft employees — not just investors — are multimillionaires.  Now that’s what I call “democratic capitalism!” If more companies shared their profits with their employees, democratic socialism would have no appeal in America.

Congratulations are in order. My longtime friend Art Laffer (see photo below) received the Presidential Medal of Freedom yesterday in the Oval Office. I think that this award was deserved.  I include the Laffer curve in my textbook and courses in economics.

The Laffer curve shows how taxes can be so onerous that it discourages work and that cutting taxes can stimulate economic activity and increase revenues.  Of course, tax cuts don’t reduce deficits, despite what the supply-siders claim.  You have to control wasteful spending, too.

Art also has earned the red badge of courage for being verbally attacked by the economist Paul Krugman, who called him a “charlatan and a crank.” 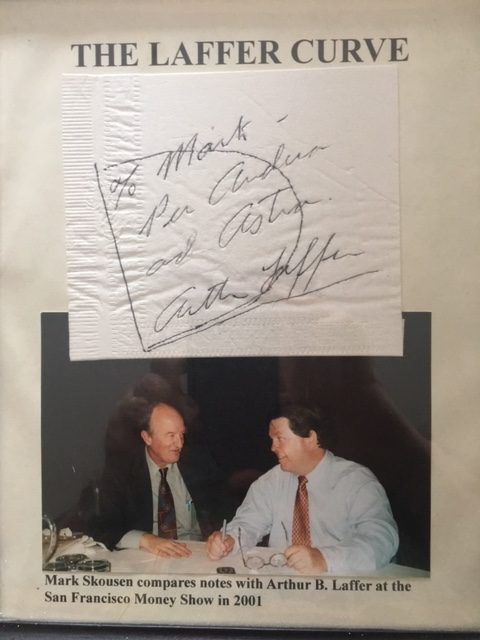 John Mackey Has Three Debates at This Year’s FreedomFest!

John Mackey, CEO of Whole Foods Market, will be involved in three debates at this year’s big show.  “I love FreedomFest,” he told me, “especially the debates.”

On Thursday, July 18, he will be debate Kevin O’Leary of “Shark Tank” fame on the question, “Is Business Only about Profits?”  Mackey will argue that business has a higher purpose than making money — the good, the beautiful, the true and the heroic. O’Leary will present the “cold hard truth” about business. “The only purpose of business is to make money,” he says. “If you want a friend, buy a dog!” The sparks will fly!

Then on Friday, July 19, Mackey will participate in a debate I have named, “Food Fight in Vegas!”

What’s the optimum human diet? Is it a low-carb, meat-based “paleo” diet or is it a plant-based, vegetarian or vegan diet? 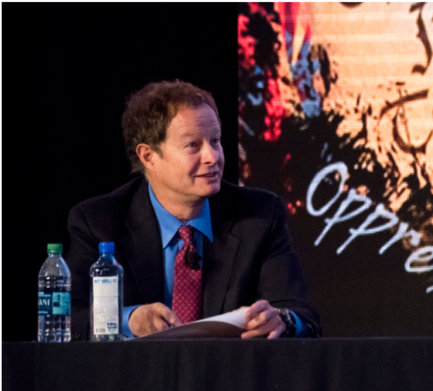 Joel Salatin (left) and John Mackey (right) will debate at this year’s FreedomFest.

I talked to Joel Salatin last week, and he is excited about his first FreedomFest. He makes the argument that there’s nothing unethical or bad about eating meat in moderation and, in fact, some ingredients in beef and chicken cannot be duplicated with plants. No doubt John Mackey will strongly disagree.

Finally, on Saturday, July 20, Mackey will take on a hard-core Marxist, Barry Eidlin, professor of sociology at McGill University, on “Which Model is More Equitable: Socialism or Capitalism?” I can’t wait!

You Nailed It!
Atlanta and Seattle Offer Easy Public Transportation to Airports

I flew to Atlanta last week for the annual FEECon, a new conference for students sponsored by the Foundation for Economic Education (FEE).

I was president of the FEE from 2001-02 and was the first such president to create a national conference of free-market think tanks called FEEFest. Even after I left FEE, the conference has continued as FreedomFest.

I arrived at the Atlanta airport around 5 pm and was not looking forward to taking a taxi downtown during rush hour. The price would be $50 or more, even if I took an Uber. However, I was pleasantly surprised that MARTA, Atlanta’s subway system, had recently created a direct link from the airport to downtown. I made it into the Marriott hotel in half an hour, and the cost was only $2.50.

The next day, I spoke twice to standing-room-only (SRO) crowds on “What Every Student Should Know about Money, Jobs and Investing” and “How to Argue Against the Minimum Wage and Win Every Time.”

Then, I took the MARTA train back to the Atlanta airport, flew to Seattle for the MoneyShow and arrived at the airport in the evening. Once again, I pondered the cost of a taxi or Uber into downtown Seattle. Happily, I discovered that Seattle now has a “Sound Transit Link” train that goes directly to downtown. The price? Only $3.

Of course, a direct link between airports and big cities is commonplace in Europe and Asia. Finally, the United States is catching up.

Are New York City (which still has no train link from LaGuardia into Grand Central) and Las Vegas (which still is under the thumb of the taxi unions, even though the Vegas airport is only two miles away from the Strip) listening?