China Takes Over Hong Kong: Will It Overtake America?

A great tragedy is unfolding before our eyes. Hong Kong (my favorite destination in Asia) is no longer “one nation, two systems,” as was the agreement with China in 1997. As one friend, who wishes to be anonymous, states, “Political openness of Hong Kong is gone, and we recoil in horror at the consequential prosecutions that have followed.”

As a result, Hong Kong citizens and publishers are fearful of speaking out. Freedom of speech and the press are no longer in existence.

This year, the government started prosecuting influential dissidents, including Jimmy Lei, the billionaire publisher of the local Hong Kong newspaper, Apple Daily. He and dozens of pro-democracy forces are being arrested and could spend the rest of their lives in a Chinese prison.

As a result, the Heritage Foundation removed Hong Kong entirely from the list of their Economic Freedom Index — for the previous 25 years, it was #1.

I think it was a big mistake for Heritage to drop Hong Kong. No longer will readers be able to compare Hong Kong’s economic performance and freedom index with China. The disparity is huge between the Hong Kong “pro-market” model, ranked #1, and China’s “centrally controlled” mode ranked currently #107 in the world. What a stark contrast.

It would be most vital to see how Hong Kong declines in the ranking in the future as China solidifies its grip on the island.

Judging from the direction of the Hang Seng Index (HSI) over the past five years, the future of Hong Kong is not especially promising. 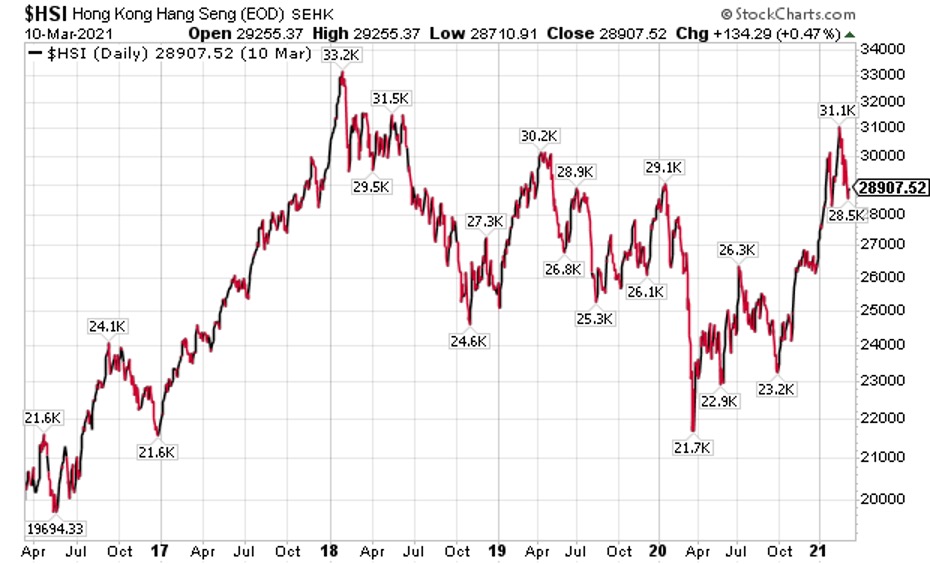 Fortunately, the Fraser Institute, which co-publishes its own Economic Freedom Index with the Cato Institute, will continue to rank Hong Kong.

As Fred McMohan, president of the Fraser Institute, told me, “We should make a point of including Hong Kong in [our Economic Freedom] index forever and document the deterioration of the data until there is no more data and then publish that fact.”

Fred is also concerned about another pro-freedom ally, Taiwan. Dropping Hong Kong might send a message of hopelessness to Taiwan, which continues to be a beacon in the East as the 16th most free country in the world.

To keep up with the Fraser Institute’s Economic Freedom Index, go to www.freetheworld.com.

America and the West need to stand up to China’s aggressive attacks on freedom, or we will suffer the consequences. The Chinese Communists are determined to take over the world in the next 10 years, and if they achieve their goal, it won’t be pretty.

I’m not as optimistic. Unless China’s leaders change their tune about human rights and political liberty, communism is doomed in Asia, and must eventually lose its power.

My Favorite Destination in Asia

I’ve been to Hong Kong many times. It was always my favorite place to visit in Asia, a wonderful combination of East and West. I loved the hotels, the shopping, taking the ferry from Hong Kong to Kowloon, the wonderful food, visiting Americans and British living and working there, attending church, and going to the English bookstores. 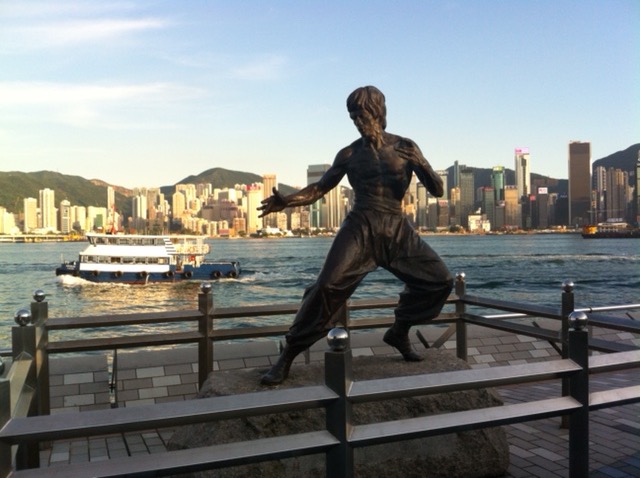 The last time I was in Hong Kong, in 2014, I visited the statue of martial artist and actor Bruce Lee. He was a firm believer in freedom. His first Dojo in San Francisco was an Exchange Space — a place where different ideas, approaches and techniques could be learned, adapted, refined and explored to improve martial arts. His statue represents the defiance of communism in Asia.

Sadly, the beacon of freedom in Asia is quickly being snuffed out. I have no plans to return there anytime soon. And I wouldn’t step foot in China these days.

“How many insecurities traded on Wall Street today?” — Franz Pick

If you are shocked by the sharp selloff and then quick recovery in tech stocks, you should know the reason why.

One of the important principles of investing is the inherent volatility of stocks further removed from final use. This is especially true of technology stocks that are in the early stages of development and don’t pay dividends.

It also applies to gold mining companies in the early stages of production. 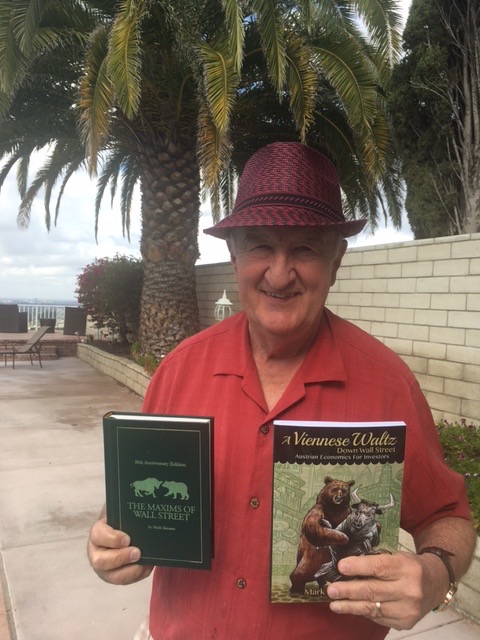 To learn more about the inherent volatility of the stock market, I suggest you consult my two books, “The Maxims of Wall Street,” which has a whole section (eight pages!) on risk and reward; and “A Viennese Waltz Down Wall Street: Austrian Economics for Investors,” which explains the Austrian theory of the business cycle in detail.

I just received a new shipment of both books. Each book costs only $20 at www.skousenbooks.com. I pay the postage and autograph each copy.

Hillsdale College and High Point University Refuse to be ‘Woke’

I recently read a disturbing article on the miseducation of America’s elite students in high school and college. You can read it here.

The author, Bari Weiss, of the Manhattan Institute, tells how students at a prestigious high school in California are afraid to speak out for fear they may be called “racist.” They are indoctrinated with the new “woke” view that capitalism is evil, that you can’t say offensive things (safe zones), that America is a bad country, and our generation bears collective racial guilt.

“They are making my son feel like a racist because of the pigmentation of his skin,” one mother said. It is time we said “enough” and recognize that we are all people of color.

But not all news is bad on this front. There are schools around this country that are maintaining their traditional standards of excellence, that teach history, science and literature so that students can survive and prosper in today’s world.

They include Hillsdale College in Michigan, led by President Larry Arnn. Larry has been an outstanding and dynamic president since 2000, has a Ph.D. in government from Claremont Graduate School, and is a big fan of Winston Churchill and Margaret Thatcher. He has done more than any previous president to put Hillsdale on the map. He even arranged for Hillsdale to perform graduation ceremonies last year during the pandemic — without incident.

I’ve lectured there many times. Students get a first-rate education. Their economics department is first class — and totally free market. They bring in top lecturers from around the world. You can read their talks via the Imprimis newsletter.

I also am impressed with High Point University in North Carolina. It is an up-and-coming liberal arts college.

The president is Nido Qubein, a Lebanese immigrant who came to America 60 years ago on a one-way ticket with $50. He spoke almost no English but is now a highly successful businessman and philanthropist.

The university has not conducted a single class remotely since the current school year began in August, and with no issues.

He said that “if you don’t think America is a great country or that everyone has the ability here to rise as far as their talents and ambitions will take them, this probably isn’t the school for you.”

For more information, go to www.highpoint.edu.

If I could add a third school, it’s Chapman University in Orange, California, where my wife and I teach. President Jim Doti invited me to be a Presidential Fellow back in 2015. His successor, Daniele Struppa, has a Ph.D. in mathematics and is a devote Catholic who has gone to great lengths to defend academic freedom. Chapman is the only university that has statues of Ronald Reagan, Milton Friedman, Margaret Thatcher and Ayn Rand on its campus.

For more information, go to www.chapman.edu. It is colleges and universities like these that renew my faith in America. They deserve your support.

I have invited all three to speak at this year’s www.freedomfest.com. Daniele Struppa has confirmed, Larry Arnn is trying to rearrange his schedule to come and Nido Qubein plans to speak next year.