“Business has only one purpose, to make money. If you want a friend, buy a dog!” — Kevin O’Leary

Which should business leaders and entrepreneurs focus on: the bottom line (profits) or achieving a higher purpose — the good, the beautiful, the heroic?

The best debate on this subject was held at last year’s FreedomFest between John Mackey, the CEO of Whole Foods Market and author of the new book “Conscious Leadership,” and Kevin O’Leary, of “Shark Tank” fame and author of the book “The Cold, Hard Truth About Business and Investing.” 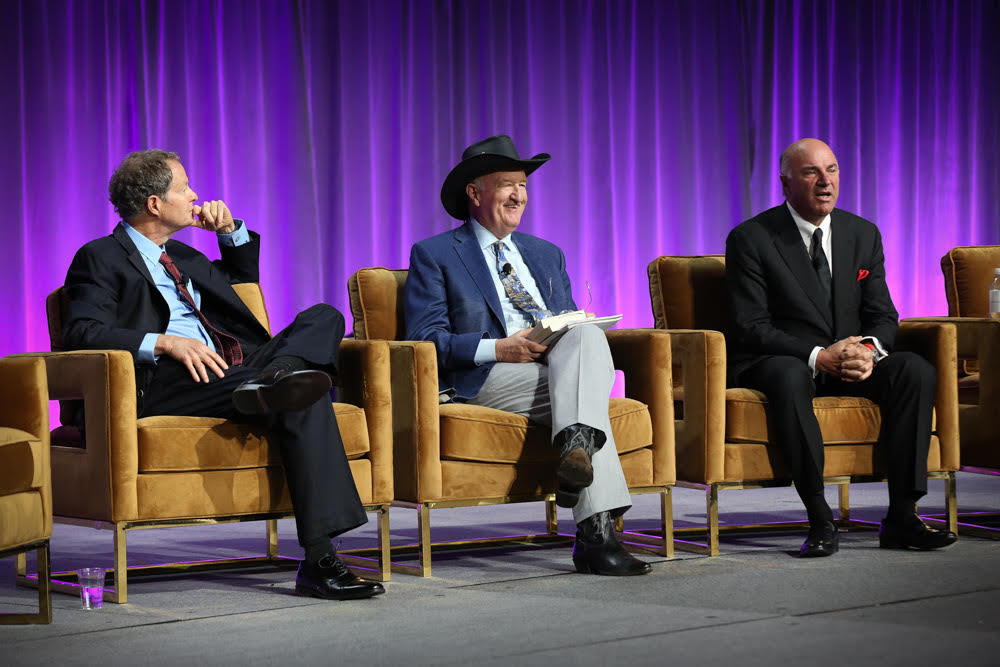 I have just posted this short debate on YouTube. You must see it! Both Kevin O’Leary and John Mackey explain their opposing views, and then the two giants engage in a fierce 20-minute one-on-one debate (with me in the middle) starting at minute 38. Watch the video here.

At the end, I ask the audience: who won the debate? Check it out.

Example of Good Business Without Regulation

Critics of capitalism are always saying that without strong regulations, businesses will naturally make money their top priority, even to the point of engaging in deceptive practices or outright fraud.

“Free markets don’t work without strong government regulation,” Joseph Stiglitz, a Nobel Prize winner, a long-time friend and a colleague at Columbia University, contended at a recent debate at the Soho Forum in New York. “The invisible hand needs to be guided by the visible hand of government.”

At a recent FreedomFest, we had a “Conscious Capitalism Day” and one of the speakers was Roy Spencer, president and founder of Perma-Seal Basement Systems, which is headquartered in the Midwest. His story is a perfect example of creating a “conscious capitalism” business model that can be profitable and maintain the highest standards of integrity without government intervention or regulation.

For years, he worked for companies in the business of repairing basements suffering from water leakage. He felt that they didn’t do the job right and often engaged in deceptive business practices. He was unhappy with the “patch now, service later” mindset that was endemic to the industry.

Finally, Spencer decided to create his own company dedicated to providing affordable, permanent repairs to homeowners struggling with wet basements.

His company is called Perma-Seal Basement Systems, and it has grown to become the industry leader in basement waterproofing and foundation repair. Over 40% of his clients come from word-of-mouth because of the quality of work that they do. Their high standards made them the number one leader in the field — all without state regulation. A triumph in enlightened capitalism! Profits and integrity can go together.

Spencer is a fan of John Mackey’s “Conscious Capitalism” model that is gaining traction in the business community.

John Mackey’s New Book is Out

I met up last week with John Mackey, CEO of Whole Foods Market and co-ambassador of FreedomFest, to talk about his new book, “Conscious Leadership: Elevating Humanity Through Business.” 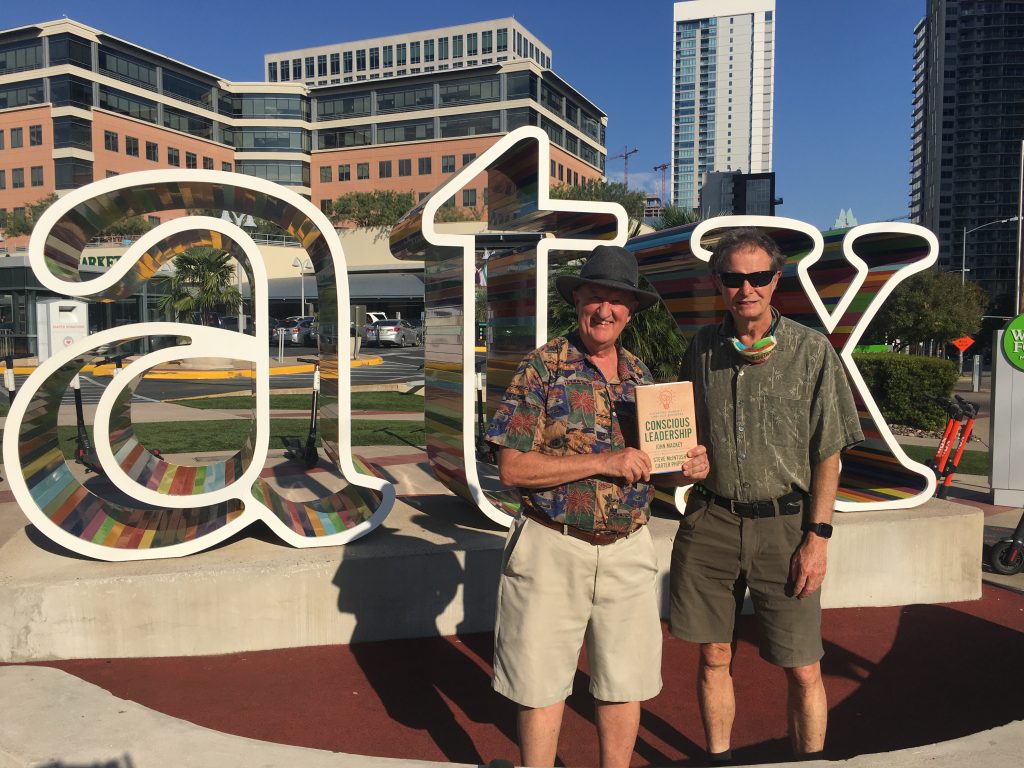 John Mackey and myself in front of the Whole Foods Market headquarters in Austin, Texas.

John Mackey firmly believes that business has a higher purpose beyond making money and that businesses can raise their standards and make money by following the “Conscious Capitalism” model, often without government regulation. He has many examples in his new book.

I recommend “Conscious Leadership” in hardback, e-book or audiobook:

I plan to use his new book, a sequel to his 2014 “Conscious Capitalism” book, in my business class at Chapman University, “Libertarian CEOs.”

In previous classes, when I ask students which company they want to work for, they always choose Whole Foods Market above all the others. Conscious capitalism resonates with young people. John is on to something big.

For investors, John Mackey points out that companies that qualify as “conscious capitalists” or “firms of endearment” do up to 10 times better on average than the S&P 500 index.

The 33rd Anniversary of Black Monday: Can It Happen Again?

It may be a dim memory for most of you, but for me, it was as vivid as yesterday. It happened on my 40th birthday. However, few of my friends on Wall Street were smiling at the party his wife put together that day. One broker friend had a $5 million margin call and wasn’t sure if his customer was going to make it. (He eventually did.)

I was lucky enough to anticipate this “first-class catastrophe,” as one historian calls it. Six weeks before, I sent out a special alert to my Forecasts & Strategies subscribers with the headline, “Sell all stocks.”

Kitco News & TV interviewed me on Monday about the crash. You can watch it here.

I have never issued an all-out sell signal since 1987. Why? There are two reasons:

First, investors who sell everything and move to cash may not get back in for years and will miss out on major bull markets.

Second, the government and the exchanges have changed the investment game to discourage crashes on Wall Street. The major exchanges have imposed “circuit breakers” to keep the market from falling too far, too fast. And the federal government is always poised to intervene.

The federal government engaged in dramatic “quantitative easing” during the 2008-09 mortgage and financial crisis and bought more than $1 trillion in financial assets during the pandemic scare in March 2020. That’s not to say that sharp corrections won’t occur from time to time. They can, and do, but that’s because the government and the exchanges can’t outlaw bear markets.

Keep that in mind always as you put money to work in the markets.

Not Everyone Succumbed to the Financial Bubble

In Chapter 6, “Think Long Term,” in his new book, “Conscious Leadership,” John Mackey tells the story of Halla Tomasdottir, the director of Iceland’s Chamber of Commerce. She was appointed in 2006 and faced, head-on, the 2008 financial crisis that practically bankrupted the country.

Prior to the crisis, she and another Icelander created an investment firm that focused on the long term, was guided by both profit and principle and refused to finance overvalued financial assets. They kept their clients’ funds in safe-haven securities and was one of the few to avoid the crash.

John Allison, president of BB&T Bank, is another example of a principled “conscious” leader who led his bank through the financial crisis of 2008. In fact, BB&T Bank, the largest bank in the South, never had a losing quarter during this debacle. That’s because he insisted that the bank would not violate the “prudent man” rule of lending. His bank refused to offer subprime and “no-doc” loans during the go-go real-estate boom of the 2000s. The bank gave up the chance to make lucrative profits during this time, but his prudent strategy turned out to be the right course for the long term, while other aggressive banks collapsed and needed a federal bailout.

John Allison, who now teaches at Wake Forest University, tells the complete story and his confrontation with the Feds after the financial crisis (he refused to take Troubled Asset Relief Program (TARP) money), in his excellent book, “The Leadership Crisis and the Free-Market Cure,” available at Amazon: https://www.amazon.com/Leadership-Crisis-Free-Market-Cure/.

It’s another book I have my students read in my Chapman University course on “Libertarian CEOs.” We also study Charles Koch’s book, “Good Profit.” Many students have rated it their favorite course in business management at Chapman. I suggested this course at Columbia Business School, where I used to teach, but they refused. “Too political,” they said.