Are We Seeing the Return of Jimmy Carter?

Editor’s Note: Because of my bike injury, I can now write with only one hand for the next couple of months. To help out, my dear wife Jo Ann has graciously written today’s Skousen Cafe.

My husband Mark and I were married in the spring of 1973 — Patriots Day, to be exact. An unpopular war was winding down, and a president was being impeached. Inflation was heating up and production was slowing down.

That summer, we were facing lettuce shortages, beef shortages and gas shortages. By winter, I was lining up early in the morning to fill our tank with gas — sometimes waiting for two hours or more. By 10 a.m., most filling stations were empty for the day. And by spring, I was looking into the eyes of my newborn baby, wondering what her world would be like.

“It isn’t fair!” I said to Mark. “Her life is barely started, and it’s almost over!”

As a historian and economist, Mark knew better. “We’ve been through these kinds of things before,” he comforted me. “The economy goes in cycles. We’ll come out of this. Our kids will have a good life.”

And he was right. It got worse before it got better, of course. Under President Jimmy Carter’s administration, inflation and interest rates both entered the double-digit-percentage range by the end of the 1970s.

We invested in inflation hedges such as Swiss francs, gold and silver, real estate and even cattle futures to protect our savings. And we stocked up on freeze-dried foods and durable goods in case of long-term shortages. But he was right.

By 1979, the world had had enough. Margaret Thatcher was elected Prime Minister of Great Britain. A year later, Ronald Reagan was elected President of the United States. Together, they restored confidence in free markets, fiscal responsibility and deregulation.

They trusted private individuals to make wise choices and rebuild business. The economy stabilized, services improved, and the Berlin Wall even came down. The traditional stock and bond markets recovered and hit all-time highs, while inflation hedges floundered. Reaganomics worked!

In the 1990s, Congress delivered a nearly balanced budget. Life was good for 30 years.

‘Are you better off than you were four years ago?’

In 1980, Ronald Reagan asked the American people one simple question, “Are you better off than you were four years ago?”

I’ve talked with a lot of people recently who think they are a lot better off. One friend told me, “The stimulus checks have been great for us! We put our kids in after-school activities for the first time, we bought a Roomba to clean the floor and this summer we’re going on a vacation to Maine!” She’s excited. She’s been bought.

The Inflationary Seventies Are Back

But others aren’t faring so well. Right now, we’re facing another round of renewed inflation, driven by a roaring wildfire of stimulus spending with no corresponding increase in production.

Is President Joe Biden turning into another Jimmy Carter? 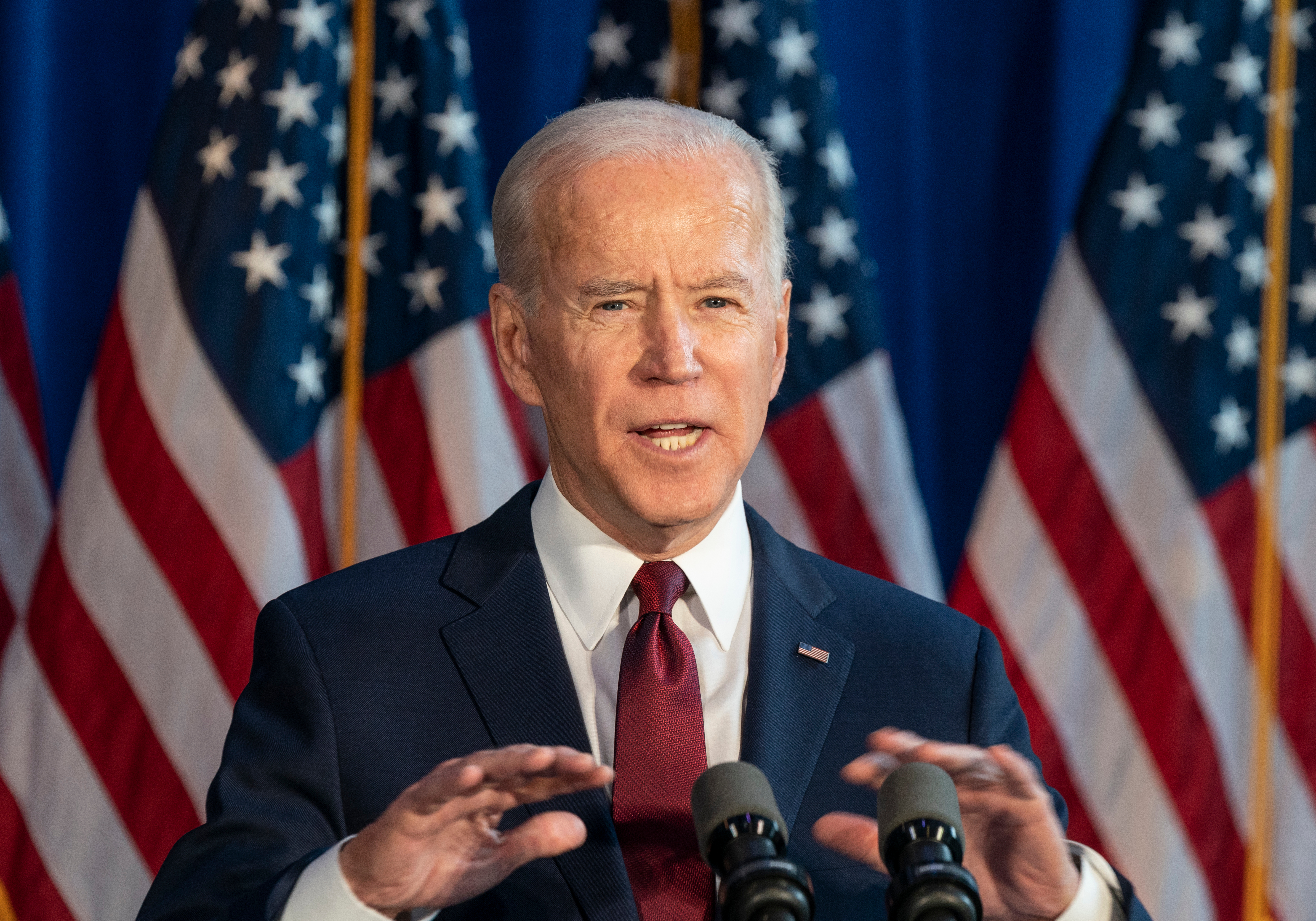 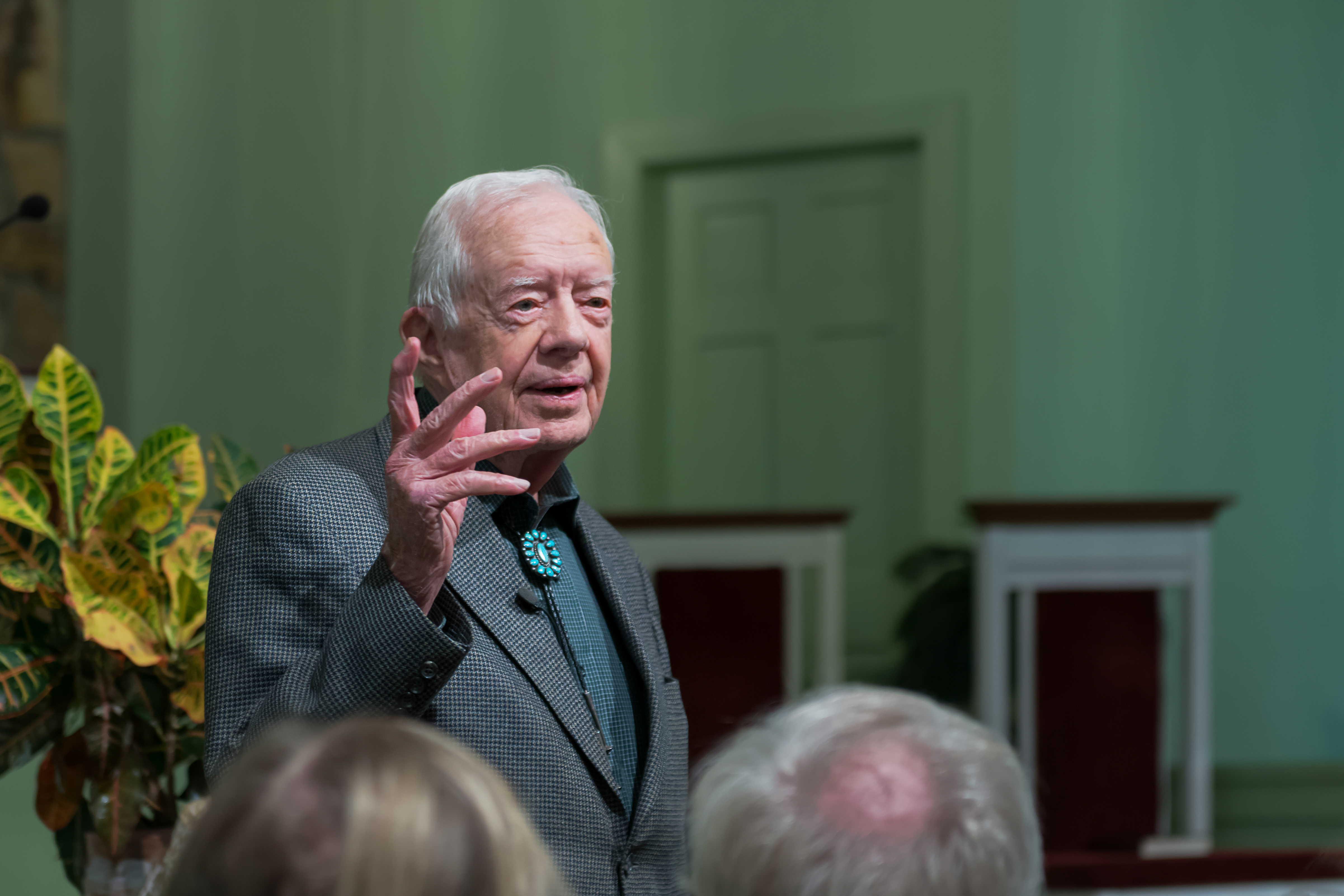 Goods are being snapped up, and shortages are following.

Construction costs are soaring. Used cars are hard to come by. Television sets are back-ordered because the microprocessors aren’t available. You can’t even buy ink for your printer.

Have you noticed that your half-gallon of ice cream is shorter and squatter than it used to be? That’s because there are two ways for retailers to respond to inflation: either raise prices or reduce quality and quantity. That carton of ice cream might seem to be the same price it used to be, but it now contains a quart and a half.

That’s an inflation rate of 25% in a matter of months! Modern Monetary Theory (MMT) may sound erudite and sophisticated, but there’s nothing “modern” about it: it’s just old-fashioned inflation. And it’s scary.

Mark wrote about the dangers of MMT. Click here to read it.

But it is not over. The world is changing, but it’s not about to end. Just remember what Mark told me all those years ago, “We’ve been through these kinds of things before. The economy goes in cycles. We’ll come out of this. Our kids will have a good life.”

In the meantime, we need to respond to the part of the cycle we are entering now. We need to prepare for inflation in our personal lives and in our investment lives. And we need to be looking for the next Ronald Reagan or Margaret Thatcher who will lead with wisdom, firmness and a belief in free markets and free minds.

That leader may well be addressing FreedomFest this July. See you there.

We are famous for our big debates and mock trials. We have seven incredible debates already planned, with more on the way.

In the past, we’ve had Dinesh D’Souza debate Christopher Hitchens on religion, Steve Moore debate Paul Krugman on economic policy and in 2019, we had “Shark Tank” guru Kevin O’Leary take on John Mackey, CEO of Whole Foods Market.

O’Leary is famous for his irreverent saying: “The only purpose of business is to make money. If you want a friend, buy a dog.”

Is Profit a Dirty Word? The Big Debate

Good news! Mark just confirmed a replay of the fight with Yaron Brook, the chairman of the Ayn Rand Institute, defending the view that “the one and only purpose of business is to maximize long-term profits.” Yaron is taking on all comers to defend capitalism and the “virtue of selfishness,” to quote Ayn Rand.

John Mackey is just as determined. He’s never been a fan of Ayn Rand’s version of selfish capitalism. He will argue that commerce has a higher purpose than just making a buck. Business should be about “the good, the true, the beautiful, the heroic.”

He will defend Adam Smith’s view that the commercial society elevates humanity beyond its pecuniary needs, that it moderates the passions and encourages education, discipline and wisdom, and the virtues of thrift, self-restraint and patience combine as a countervailing force to looting, rioting and war.

Mark has worked for years to put this debate together, and now, it’s going to happen. Two giants in business and philosophy will square off on the main stage at the Rushmore Civic Center and debate for 50 minutes.

You won’t want to miss this debate, hosted and sponsored by Gene Epstein and the Soho Forum. It will be followed by an autograph session. John will be signing his new book, “Conscious Leadership: Elevating Humanity Through Business” and Yaron Brook will be signing his new book, “Equal is Unfair: America’s Misguided Fight Against Income Inequality.”

Is It Time to End the War on Terrorism?

We are also planning another provocative debate between ex-Muslim author Ayaan Hirsi Ali vs. libertarian writer Scott Horton on the resolution, “The U.S. global war on Islamic fundamentalists is worth supporting.” Horton has written the book, “Enough Already: Time to End the War on Terrorism.” The sparks will fly! (Ms. Hirsi Ali requires two bodyguards for her safety.)

The Great Wall of China Debate

More fireworks are coming! Chinese freedom fighter Li Schoolland will take on supply-side economist George Gilder in the topic, “Is the Chinese Model Worth Defending?” George’s book, “Beyond Google,” was the #2 bestseller in China, where he is worshipped as a tech guru. He told me, “In a world gone bonkers, I’m definitely bullish on China! Compared to the U.S., which has devoted itself to asinine socialist programs on viruses, climate change and anti-merit employment, China is far ahead of us in technology and entrepreneurship.”

Li couldn’t disagree more. Look what’s happening in Hong Kong, where free speech and dissent can get you a prison sentence.

Schoolland said, “Look at the suppression of Falun-Gong, the problem Jack Ma is facing, the patriotic campaign against the U.S., the ban on Western social media, the efforts on brainwashing education from birth to higher education. The objectives are very clear: to make Chinese people think the Communist Chinese Party (CCP) is the best, that China is the strongest and most powerful country in the world and to prevent the empowerment of individuals at any cost. We must never forget: Xi Jinping is a dictator, the CCP is tyranny!”

Putting the Lockdown on Trial

Our ever-popular mock trial will be on the all-important question, “Did the Pandemic Justify the Lockdown?” with prosecuting attorney Catherine Bernard (a public defender from Georgia) taking on defense attorney Michael Shermer (publisher of Skeptic magazine). Each attorney will call two-star witnesses. Tom Woods will preside as the judge.

Finally, we will have a full three-day investment conference. One of the featured debates will be “Bitcoin vs. Gold: Which is the Better Inflation Hedge?” pitting top experts on both cryptocurrencies and precious metals. The debate is hosted by Rich Checkan, president of Asset Strategies International. You don’t want to miss this debate!

Get $50 Off Using This Code

We have 2,200 attendees signed up already, with two months to go. Many people are making it a family vacation so that they can see Mount Rushmore and Deadwood.

Plus, we will have Gov. Kristi Noem, actor Dennis Quaid, Grover Norquist, Larry Elder, J. P. Sears, Dave Rubin… all the free-market think tanks… and the 10th-anniversary Anthem film festival… and the 40th-anniversary celebration of Mark’s newsletter at the historic Alex Johnson Hotel.

Why Civil Debates Are Being Canceled in America

“By the collision of different sentiments, sparks of truth strikeout, and political light is obtained.” — Benjamin Franklin (1785)

Have you noticed that there are no more debates on CNN, Fox News or MSNBC?

Remember when CNN produced “Crossfire,” a weekly political debate in the 1990s? It was resurrected for a couple of years, but there’s been nothing since 2014.

There are a few exceptions — the Sunday morning “Meet the Press” type shows, where the host might occasionally interview a hostile member of Congress (usually Republicans).

Or the presidential debates every four years. They offer limited debates.

But otherwise, that’s it. What’s going on?

A few months ago, I contacted the agents for the two most popular hosts on cable TV, Tucker Carlson, of Fox News, and Chris Cuomo, of CNN, and told them I was willing to pay top dollar to have both of them sit down together at FreedomFest and have a civil discussion on the issues of the day.

Within 24 hours, I was turned down flat.

Neither side gave a reason, but I suspect it’s simple self-interest. The media giants do not want a civil discussion or debate, for fear it might bring people together and destroy the animosity and divisiveness that the press and viewing public seem to love these days.