Are Friedman and Hayek Villains or Heroes?

“Yet the award [the 1974 Nobel Prize in Economics] documented the beginning of a great shift toward a renewal in the belief in the superiority of markets…the eventual victory of this viewpoint was really a tale of two cities — Vienna and Chicago.” — Daniel Yergin and Joseph Stanislaw, The Commanding Heights (1998)

“Hayek, Friedman, and the rest of the far-right, free market economists dreamed up their new version of capitalism…that companies should maximize profits for shareholders at any cost…”   — David Gelles, The Man Who Broke Capitalism (2022)

Two economists are rising to the top as stars of free-market capitalism:  Austria’s Friedrich Hayek (1899-1992) and Chicago’s Milton Friedman (1912-2006). They are representatives of the Austrian and Chicago schools of economics.

I was privileged to know and interview both of them. 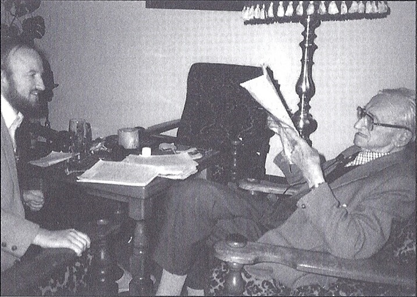 Interviewing Hayek in the Austrian Alps in 1985. 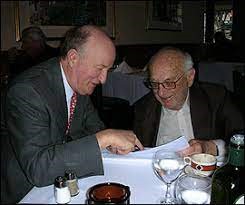 Humoring Milton Friedman at his favorite Italian restaurant in San Francisco in 2006.

I have gained so many insights from Hayek and Friedman that I dedicated my textbook “Economic Logic” to both of them.

The idea of honoring these two gentlemen as the two most influential free-market economists of the past 100 years is gaining momentum.

For example, the top business school in Buenos Aires, the University of CEMA, recently created the Friedman-Hayek Center for the Study of a Free Society and asked me to do a webinar on the contributions of Friedman and Hayek based on my book, “Vienna and Chicago, Friends or Foes?” 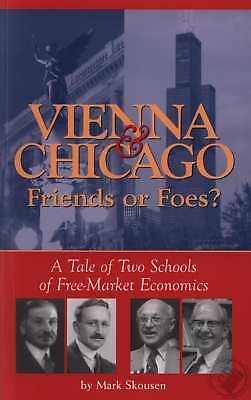 My book details the history of these two schools of free-market economics and focuses primarily on their differences when it comes to monetary policy, the business cycle and methodology.  It’s a fun read.  As Art Laffer wrote me, “Your book was so good I spent half a day plus avoiding what I was supposed to do in order to read your book. It’s great.”

Also, in my book “Making of Modern Economics,” I have individual chapters on Hayek and Friedman, which includes “tell all” stories, such as Hayek’s divorce and Milton Friedman’s ability to analyze people’s personalities from their handwriting!

All of these books can be purchased at a discount by going to www.skousenbooks.com.

The New Attack on Hayek and Friedman

Even the critics of capitalism are now recognizing these two giants as the symbols of everything bad about the markets and Wall Street.

In his new book, “The Man Who Broke Capitalism: How Jack Welch Guttered the Heartland and Crushed the Soul of Corporate America — and How to Undo His Legacy,” New York Times business reporter David Gilles blames Hayek and Friedman for providing the philosophical background for Jack Welch’s ruthless business model at General Electric in the 1980s and 1990s.

According to Gilles, Jack Welch’s 20-year career emphasized short-termism, high pressure tactics among executives to achieve #1 or #2 rankings in each sector, fudging the numbers, offering stock options and huge rewards to CEOs and devaluing workers by laying off the bottom 10% of the company’s employees every year.

In Gilles’s eyes, “Welch’s dog-eat-dog world of Darwinian capitalism came from the works of Hayek and Friedman.”

Gilles claims, “In their view, companies ought to maximize profits for shareholders at any cost, markets should be free, governments should stay out of the way and the rest of the society ought to take care of itself.”

He goes on to say, “Competition was the paramount way to organize human activity, they stressed, and it was imperative that people stopped relying on the government — or worse, their employers — to ensure their well-being. Welfare, social safety nets, and excessive protection for workers would inevitably lead to mediocrity and apathy, they believed.”

Apparently, the New York Times reporter is unaware that both Hayek and Friedman supported basic welfare programs to help the poor. Hayek advocated a welfare state in his book “The Constitution of Liberty.”  Friedman favored the negative income tax in “Capitalism and Freedom.”

Nor did Hayek and Friedman believe in unfettered capitalism. They were firm advocates of the rule of law and a justice system that ferreted out fraud and deceptive business practices.

Gilles should look elsewhere if he wants to blame somebody for Jack Welch’s bad business management techniques.

John Mackey, CEO of Whole Foods Market, has developed a far superior model of business management than that of Jack Welch. He rejects Friedman’s view that companies should focus only on profits. Mackey advocates a “stakeholder” philosophy that is “win, win” for all stakeholders — CEO, executives, investors, customers, employees, suppliers and the community.

John is one of our favorite speakers at FreedomFest, and he will be there next week. He and Steve Forbes are co-ambassadors to the big show.

Special $100 Off If You Sign Up TODAY for FreedomFest! 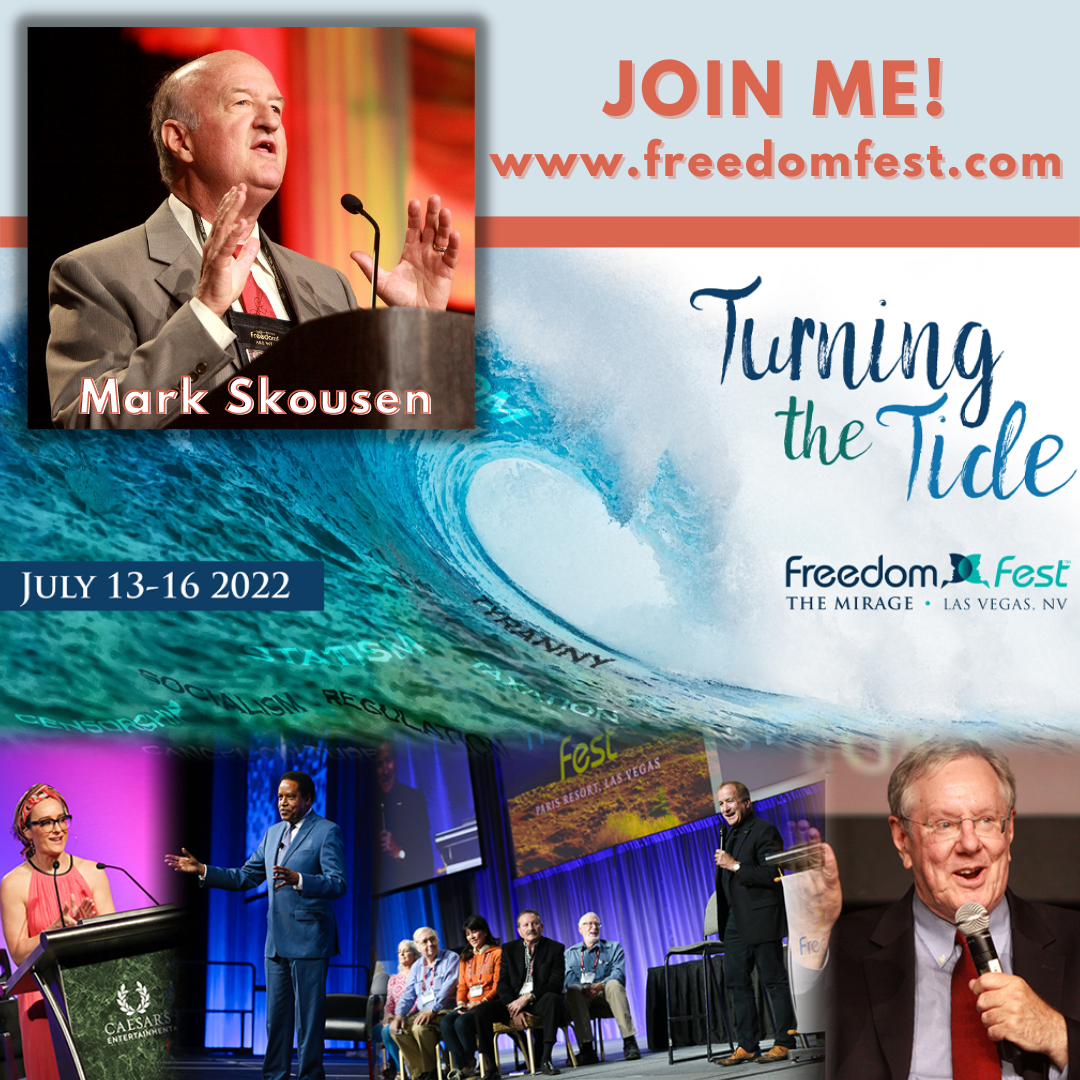 We’re getting 30-40 new sign ups every day to our big show, FreedomFest, which starts next week, July 13-16, at the Mirage in Las Vegas. Join us, won’t you? The registration fee was raised last Friday, but I have some good news. If you sign up today using the code EAGLE100, you will get $100 off!  But it’s good for TODAY ONLY. Go to www.freedomfest.com. To get answers to your questions, email Hayley@freedomfest.com.

In addition, Fox Nation has agreed to stream all of the events on our Mirage Main Stage, as well as exclusive behind-the-scenes content and roving, from Wednesday, July 13 to Saturday, July 16 on their app. Click here to sign up, and use the code FREEDOM30 to get 30 days of Fox Nation absolutely free.

We are also live-streaming the annual Anthem Film Festival on two different platforms: SalemNow and EpochTV. Each film will be available until midnight for one day only — the same day that we see it in Vegas. Go here for a full list of this year’s films. In addition, while you are watching via the SalemNow app on your mobile app, Roku or Amazon Fire Stick, you can chat with the directors while watching. Your “All-Access Pass” to Anthem on SalemNOW will be available for purchase beginning Friday, July 8.

For those who prefer watching on EpochTV, you can pay for just one day or for the entire four-day festival. Again, you can watch that day’s movies from 9 a.m. to midnight. However, you’ll need to register for atrial subscription ($0 for the first month only) before you can watch the Anthem Film Festival screenings. This free trial is available exclusively for FreedomFest/Anthem viewers. Register here for Anthem on EpochTV.

P.S. Mark your calendar now and join us for Eagle Financial’s FREE Online Trading Event: “How the World’s Most Trusted Experts are Trading the Second Half of 2022.”  (July 27, from Noon to 5 p.m. Eastern). The event is 100% FREE, and you’ll get to hear firsthand how our five Expert Analysts (plus one special guest) explain how they are structuring their portfolios for profit for the rest of 2022 and beyond. Stay tuned for more information on the Big Event.

The Economist Ignores a Better Book on ‘The Worldly Philosophers’

In the latest issue of The Economist, senior editor Callum Williams released his list of favorite books on Western capitalism.

I can think of several, such as “The Roots of Capitalism,” by John Chamberlain or “Capitalism in America,” by Alan Greenspan and Adrian Woolridge.

But the author highlights “The Worldly Philosophers,” by Robert Heilbroner as “the best book to read if you are interested in the history of economic ideas.”

Heilbroner’s book does indeed have the best title to tell the story of capitalist ideas, but unfortunately, he is also a socialist whose favorite economists are Marx, Keynes and Veblen.  He paints Adam Smith as a naïve optimist who did not fully appreciate the defects of his “system of natural liberty.”

Readers deserve a more balanced history.  In fact, the reason I wrote “The Making of Modern Economics” was to offer a more comprehensive history of great economists that was fair and balanced. 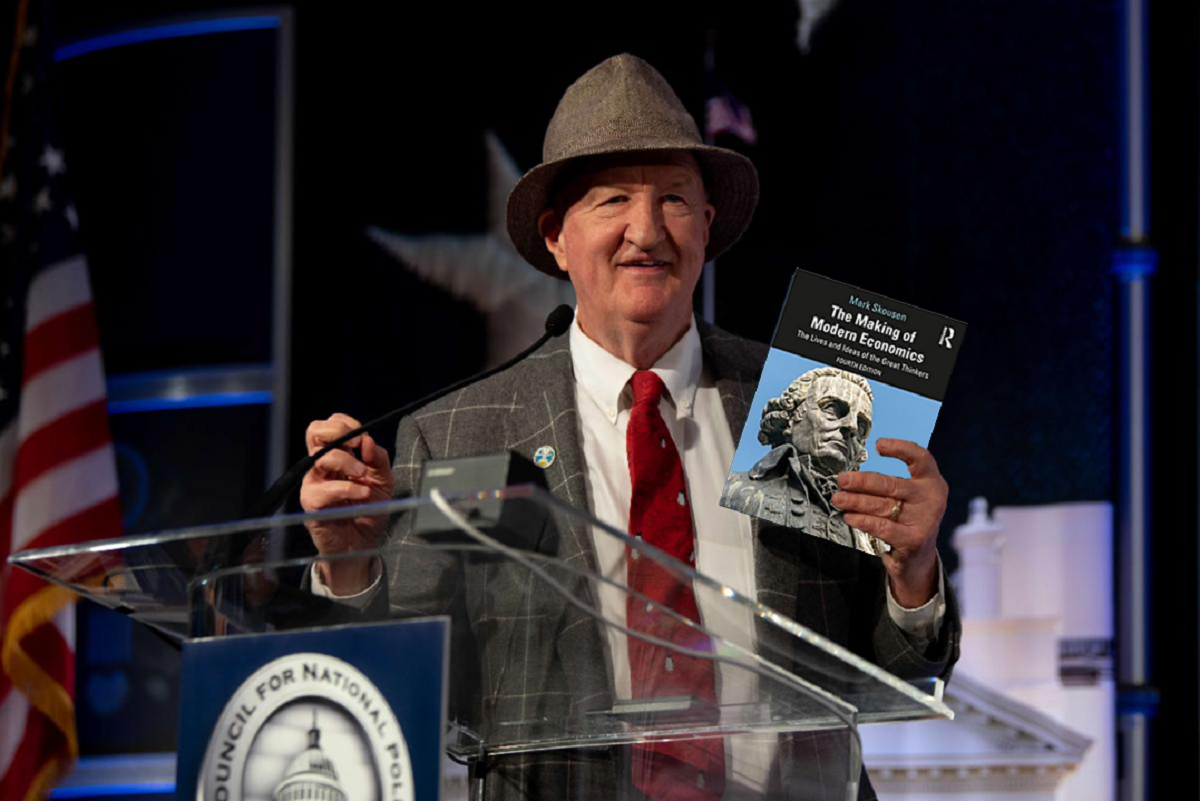 My original publisher was Mike Sharpe, who happened to be a close friend of Robert Heilbroner (whom I have also met).  Mike once said that my book was the natural sequel to Heilbroner’s “Worldly Philosophers.” My title is pretty plain, but inside, there is a big difference. If you think Heilbroner is fun to read, wait until you read mine! Here are some reviews of my book, “The Making of Modern Economics.”

Mark Blaug said it best when he said the book is “unputdownable” — a new word. It is both educational and entertaining.  It is now one of the most popular history of economic thought textbooks in the United States and the world. It has been translated into five languages so far.

Most chapters have creative titles, such as “It All Started with Adam”…”Marx Madness” (a play on the college basketball tournament in the United States called “March Madness”)… “Out of the Blue Danube” (on Menger and the Austrians)… “The Keynes Mutiny” and “Milton’s Paradise.”

Students love it. I also have classical musical numbers associated with each economist, as well as over 100 illustrations, portraits and photographs. I also include “tell all” biographies of each economist, which are much more exhaustive than Heilbroner’s. I drew from all the latest biographies that Heilbroner didn’t have access to.

Heilbroner’s book is hit and miss — with no chapters on the French laissez faire school… Milton Friedman and the Chicago school (Heilbroner told me he left Friedman out because, he said, “he says nothing new beyond Adam Smith!”) and no chapter on the Austrians Menger, Bohm-Bawerk, Mises, Hayek, though he does cover Schumpeter, which is good.

One of my biggest contributions to history of thought is chapter 10, where I juxtapose Thorstein Veblen with Max Weber. All the other histories of economic thought include Veblen, a major critic of capitalism, but ignore Weber, a major defender of capitalism — both fit nicely in chapter 10 of my book.

Here is a new review on Amazon:

“5.0 out of 5 stars Best History of Economic Thought out There

“This was the most thoughtful, well-written and thorough book on the history of economic thought that I have read. There is a good balance between biography, intellectual contribution as well as good humor and great storytelling. You won’t want to put it down. You will never let anyone tell you that economics is boring after reading Skousen’s book.”

My new 4th edition is available in hardback, paperback, Kindle and audiobook. To buy the paperback at a nice discount, only $35, go to www.skousenbooks.com